The official results are now in.

Tesla just released its Q1 2020 earnings report and for the first time ever, the automaker reports a Q1 profit.

The main financial details from the Q1 2020 report are as follows: 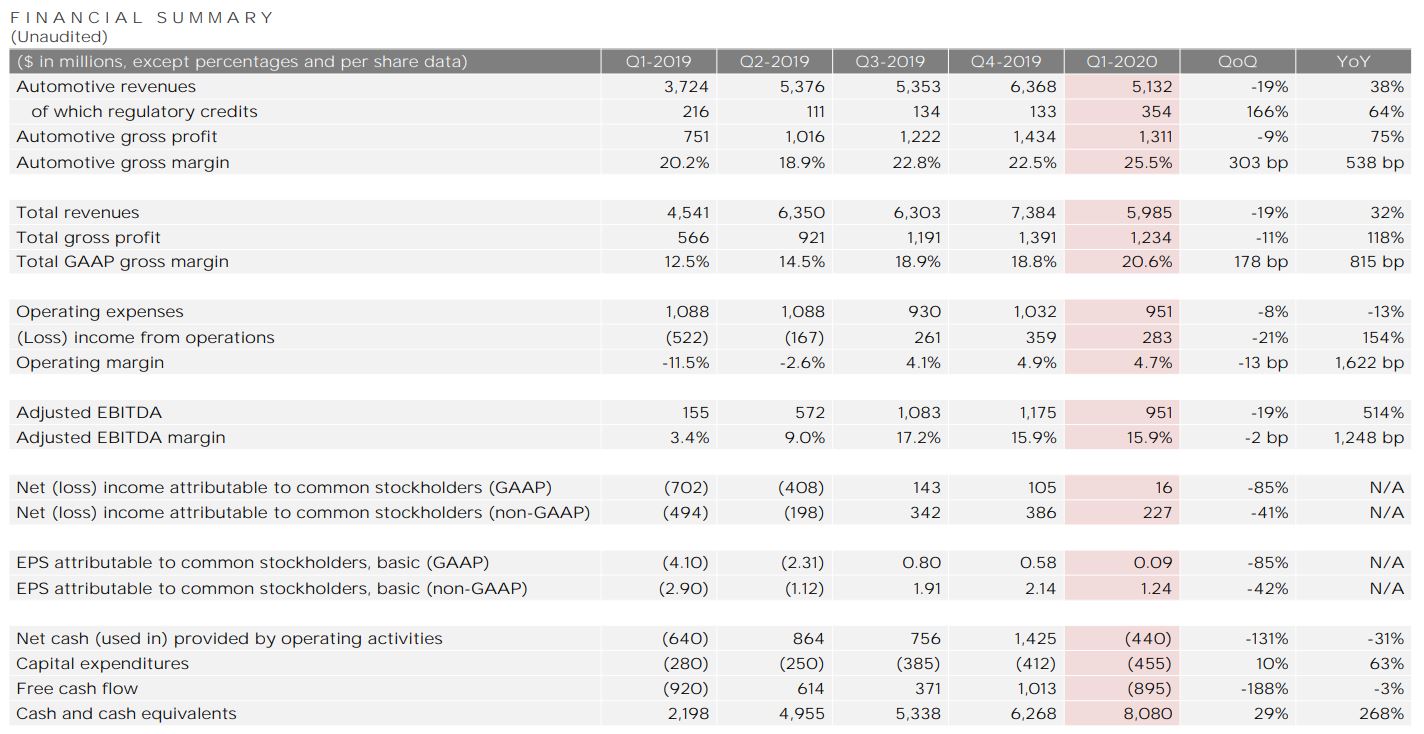 And here are some details on particular vehicles, as stated by Tesla:

In early Q1, we began production of Model Y in Fremont, using a combination of new production lines as well as shared capacity with Model 3. Our simplified and scalable approach to manufacturing is starting to take effect. We were able to build more Model Y vehicles in its first quarter of production than in the first two quarters of Model 3 in 2017. Model Y production also exceeded the first quarter of production of Model 3 in Shanghai, demonstrating continued improvements in program execution. Additionally, we achieved positive gross margin for Model Y in its first production quarter.

In Q1, we reached our highest ever revenue for a seasonally slower first quarter as our total revenue grew 32% YoY. Sequentially, our revenue was mainly impacted by lower deliveries, driven primarily by limitations on our ability to deliver vehicles towards the end of the quarter. As expected, our average selling price (ASP) declined further as our mix continues to shift from Model S and Model X to the more affordable Model 3 and Model Y.

Some additional Q1 notes related to Tesla's vehicles and financials:

We have the capacity installed to exceed 500,000 vehicle deliveries this year, despite announced production interruptions. For our US factories, it remains uncertain how quickly we and our suppliers will be able to ramp production after resuming operations. We are coordinating closely with each supplier and associated government.