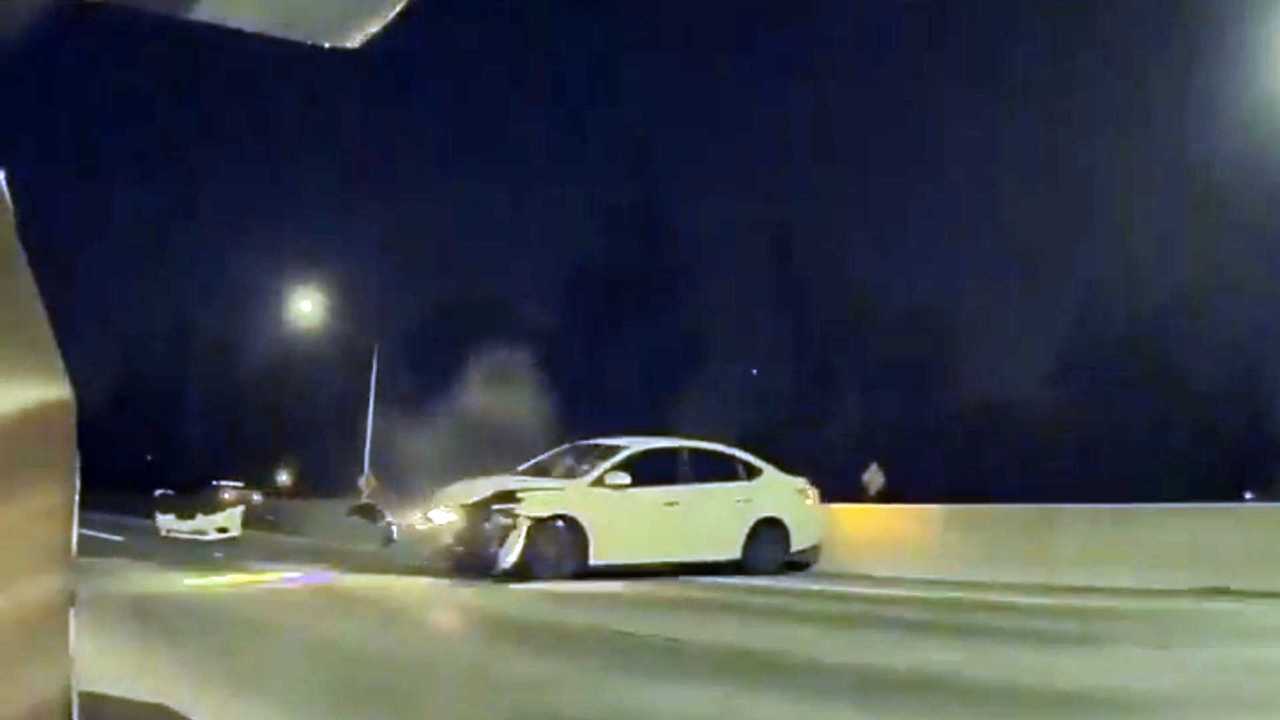 We’re still not sure what exactly happened here, but the Tesla which was on Autopilot hardly felt the bump.

Whenever we see an accident caught on Tesla Cam, establishing what exactly happened and who is to blame is fairly easy. However, what exactly occurred here in this video of a white Nissan Sentra that smashed into the rear of a Tesla Model 3?

Watching the footage several time, it’s not perfectly clear what exactly happened. The Sentra can be seen closing the gap between it and the Model 3 quite quickly (in the same lane), but as it gets close to the Tesla, its driver realizes that he or she will crash into the back of it and swerves left to avoid it.

This seems to have destabilized the Sentra which then uncontrollably turns right and actually hits the Model 3 somewhere in the rear left area. According to the Tesla’s owner, his car was on Autopilot at the time of the crash, which might partly explain why it looked like it hardly flinched, even though it was hit in an area that could have completely destabilized the car and sent it spinning - this is a lot like the PIT maneuver the police employ to stop fleeing cars.

We still don’t exactly know what’s going on, but some people have suggested that the Nissan could maybe have suffered some sort of malfunction - maybe something suspension related or a flat tire that was caused by the driver suddenly braking to avoid the Tesla in the first place. What do you think happened here? If you think you have it figured out, tell us in the comments below.