The 'Tesla' Cyber Vitz was his pride and joy, but not worth holding onto.

Yet another very weird – or perhaps "interesting" is a better word – do-it-yourself Tesla Cybertruck has made the news. It seems anything to do with the Cybertruck or any electric pickup truck, even if indirectly, becomes newsworthy.

This particular Cybertruck replica is located in Taranaki, New Zealand. And, actually, it's not a Tesla Cybertruck at all, though it aims to look like one. This is a 2000 Toyota Vitz, essentially a Yaris for those in other parts of the world, because everyone sees a Toyota Yaris and thinks "Tesla Cybertruck," right? No, not really, except in this one-off case.

Vitz owner Sandmerv, known as "Merv," said this Toyota subcompact car had seen better days. He actually found it on Facebook and bought it even though it was smashed up. He decided to "spruce it up" in a style that Tesla CEO Elon Musk might appreciate. Merv told the local news:

"Tesla cyber vitz, runs fine, was rolled a few years back, so I made it look better - that's debatable - 4wd with mean mud tyres."

The sheet metal and plastic project was his pride and joy, and he's proud of how it turned out. However, he decided it was time to sell it. Despite the fact that it runs fine, it can't really be driven legally on public roads in New Zealand. A potential buyer asked Merv in the comments on Trade Me:

"Will I be sued by Elon Musk for driving that?"

The Toyota Cyber Vitz doesn't have the required safety features to be legal on the country's roads. So, the person who bought it from Merv will probably just keep it as an art piece. 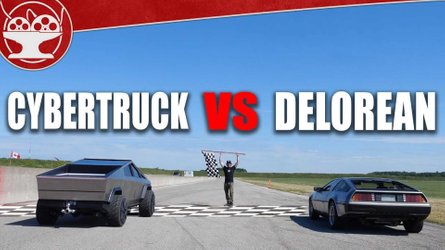 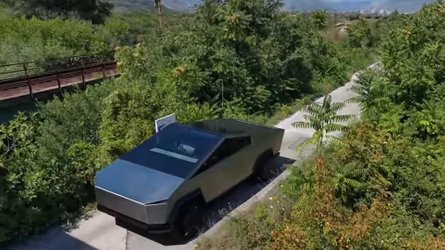