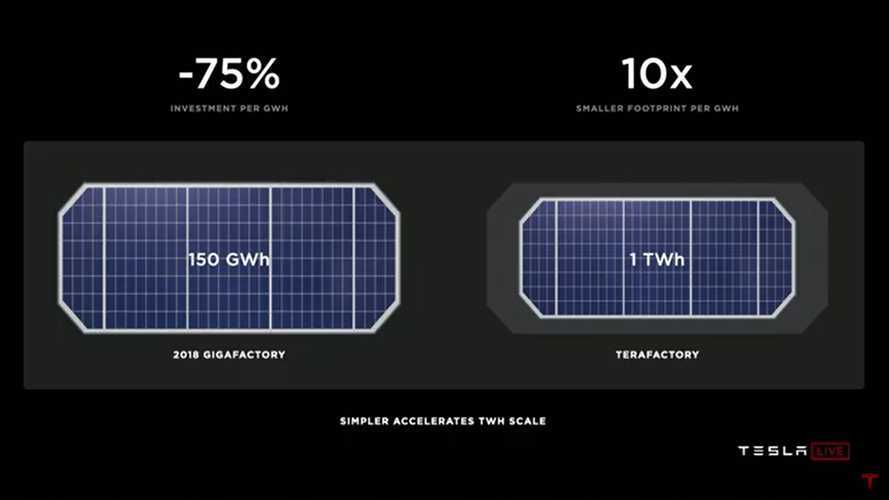 Elon Musk said that scaling up the new tech will take time, but the plans are very ambitious.

Tesla Battery Day already revealed its main novelty: the new 4680 tabless cell. Elon Musk and Drew Baglino – Tesla's SVP for Powertrain and Energy Engineering – are still revealing (part of) its secrets, but the pilot plant that is building these new batteries will take one year to reach 10 GWh. To give an idea of what that represents, Gigafactory Nevada currently produces 54 GWh annually in a much larger facility.

The new cells are already under production, and each assembly is conceived as a "high-speed continuous motion" process. Baglino compared it to a highway instead of city roads, with traffic lights and intersections. Each of these new production lines will be able to produce 20 GWh. It is a seven-fold improvement in output.

Known for its continuous improvement processes, Tesla already disclosed it is reviewing these cell manufacturing machines every three to four months. So far, the company has achieved an 85 percent reduction in formation investments and a 75 reduction in formation footprint. Formation is the process of performing the initial charging and discharging of a cell to create the solid electrolyte interphase (SEI).

Tesla's Future Battery Might Use Diamonds, Could Transform The Industry

By 2022, when Musk said the new 4680 battery would reach a high production scale, Tesla intends to be producing 100 GWh per year. By 2030, this new battery will allow the company to achieve a 3 TWh production capacity.

With these improvements, Musk believes his new factory can be ten times smaller than a current battery production facility. In other words, Tesla would be able to reach a terawatt-hour production capacity in a much smaller space than it took to have a 150 GWh plant that delivers 54 GWh today. As usual, the goals are very ambitious, and the Tesla CEO resumed them this way:

“Tesla is aiming to be the best at manufacturing of any company on Earth."

We'll keep an eye on the presentation to tell you more about how the company plans to get there.