Watch Honda Accord Chase Tesla Model 3: Get Pulled Over By Police

Those unmarked police cars are sure to ruin your day.

DashMan NashCam has a YouTube channel essentially devoted to dashcam footage from his personal cars. We can only imagine how excited he must have been when Tesla brought its built-in TeslaCam dashcam feature to market. It proved helpful to his channel when a friend who owns a Tesla Model 3 recently sent him this entertaining video. Well, maybe not so entertaining depending on how you look at it.

As you can see, the Tesla Model 3 driver seems to hit the accelerator pedal quite hard. In a Tesla vehicle, with its smooth and instant torque, that will get you up to the speed limit incredibly quickly. You'll often leave gas cars in the dust at intersections, even if you're not trying to do so. 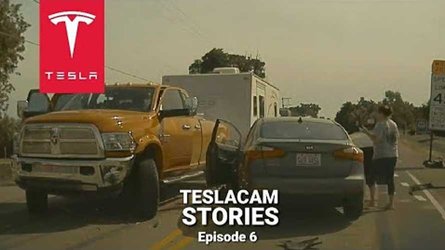 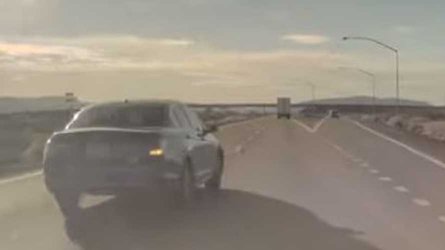 A Honda Accord driver seems to want to catch up with the Tesla. However, the Model 3 is way ahead, so the Honda driver has to really push it to begin to close the gap. We can only assume (no sound in the dashcam videos) that the Accord probably got pretty loud under hard acceleration. In addition, to close such a large gap would most likely require exceeding the speed limit.

The Accord driver doesn't make it very far before an unmarked Ford Mustang GT police car appears to come out of nowhere and pulls him over. Whoops! Not very good luck for the Honda driver. Perhaps the Model 3 driver was speeding too and just didn't get caught. We'll never know for sure. What we do know is it's not a bad idea to get yourself a dashcam.

Check out the video and leave us some comments below.