Umicore Gets €125 Million Loan From EIB For Battery Materials Plant 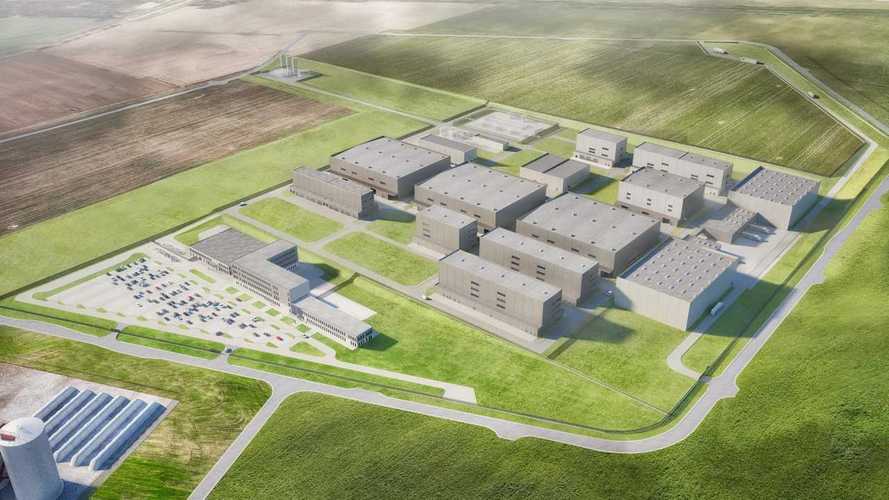 Umicore secured financing for the cathode materials plant in Poland, which will supply nearby EV battery manufacturers.

The site is already under construction (see photos and video below) at the location, which allows Umicore to easily supply lithium-ion cathode materials for EV batteries, produced by the nearby LG Chem plant in Poland and Samsung SDI plant in Hungary.

Both battery manufacturers already ordered cathode materials from Umicore, which is expected to start production by the end of 2020.

EIB: Over €1 Billion For European Battery Industry In 2020

The €125 million loan from EIB is for about "half of the project costs in the initial phase". About 350 full time jobs to be created at the plant.

"The EIB loan will cover approximately half of the project costs in the initial phase. Around 350 full time jobs will be created, and Umicore will partner with the local engineering school. The greenfield facility will provide a reliable supply of advanced cathode materials, a key component for lithium-ion battery cell manufacturers in the region and worldwide."

The European Investment Bank (EIB) has signed a €125 million loan with Umicore, the Belgian-based global materials technology and recycling group, to finance part of the greenfield production facility for cathode materials in Poland. The cathode materials will be supplied to battery manufacturers of high-tech lithium-ion batteries that are primarily used in electric vehicles.

The EIB loan will cover approximately half of the project costs in the initial phase. Around 350 full time jobs will be created, and Umicore will partner with the local engineering school. The greenfield facility will provide a reliable supply of advanced cathode materials, a key component for lithium-ion battery cell manufacturers in the region and worldwide.

Teresa Czerwińska, EIB Vice-President overseeing operations in Poland, said: “This is the first EIB loan to Umicore and we are glad we can inaugurate our partnership with such an innovative project. The trend towards the electrification of the automotive industry is gaining ground and in this context it is important to develop a European capacity across the full value chain of electric vehicle battery production”. Teresa Czerwińska added: “In March this year, the EIB signed a €480 million loan with LG-Chem Wroclaw Energy. We are playing an active role in creating the right ecosystem, in which manufacturers and suppliers work hand in hand, create qualified jobs and team up with nearby universities”.

Filip Platteeuw, CFO of Umicore, commented: “The transition to cleaner mobility is a priority in the European Union’s efforts to drastically reduce CO2 emissions, and Umicore is well positioned to support this transition. Through its integrated European battery materials supply chain, Umicore will significantly contribute to the European Union’s plans to create a competitive and sustainable battery ecosystem in Europe. The development of our rechargeable battery materials activities in Europe is a strategic growth project for Umicore and we are proud that our greenfield site in Poland has been selected by the EIB as part of its clean mobility projects.

Battery production is a fast advancing industry. The EIB recently reaffirmed its commitment to financing projects across the entire value chain. The Bank expects to increase its backing of battery-related projects to more than €1 billion of financing in 2020. This matches the level of support the EIB has offered over the last decade. Since 2010, battery projects financed by the EIB have totalled €950 million and supported €4.7 billion of overall project costs.

The European Investment Bank (EIB) is the long-term lending institution of the European Union owned by its Member States. It makes long-term finance available for sound investment in order to contribute towards EU policy goals.

The EIB is one of the world's largest multilateral lenders for climate investments. In 2019, the EIB Group committed to increase its climate action and environmental sustainability lending to at least 50% by 2025. Over the next decade, its financing will mobilise €1 trillion for the climate from public and private sectors.

Umicore is a global materials technology and recycling group. It focuses on application areas where its expertise in materials science, chemistry and metallurgy makes a real difference. Its activities are organised in three business groups: Catalysis, Energy & Surface Technologies and Recycling. Each business group is divided into market-focused business units offering materials and solutions that are at the cutting edge of new technological developments and essential to everyday life.

Umicore generates the majority of its revenues and dedicates most of its R&D efforts to clean mobility materials and recycling. Umicore’s overriding goal of sustainable value creation is based on an ambition to develop, produce and recycle materials in a way that fulfils its mission: materials for a better life.

Umicore’s industrial and commercial operations as well as R&D activities are located across the world to best serve its global customer base. The Group generated in 2019 revenues (excluding metal) of € 3.4 billion (turnover of € 17.5 billion) and employed 11,152 people at the end of 2019.