We're digging deeper into this in an attempt to determine the cause.

A Tesla Model S and a Porsche Boxster were severely damaged by a fire in Kaysville, Utah. According to Morgan Saxton, from KUTV, the homeowner heard glass popping early on the morning of May 22 and saw the two vehicles were on fire. Saxton and her cameraman, Paul Howard, were kind enough to allow us to use their pictures in this article.

As the images show, both he Tesla and the Porsche beside it are clearly total losses.

According to the Keysville Fire Department Facebook page, the causes of the fire is still under investigation.

Apart from the two cars, the house was also affected by the fire, but fortunately, nobody was hurt. 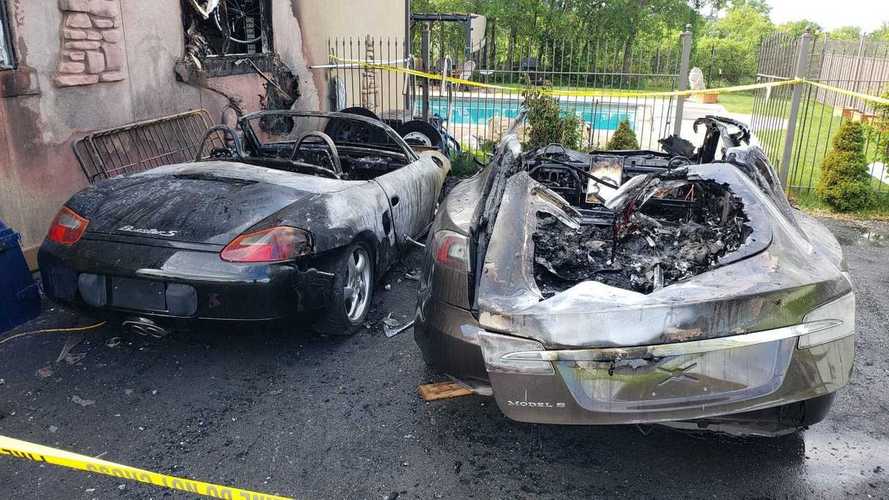 This is a developing story, and we will update it as soon as we have more information on what caused this incident.

Tesla Model X Fire In Germany Reported As Arson Due To Tesla Hate
⠀ Tesla Catches Fire In China, Automaker Blames Repair Shop
++
Comment!
Got a tip for us? Email: tips@insideevs.com