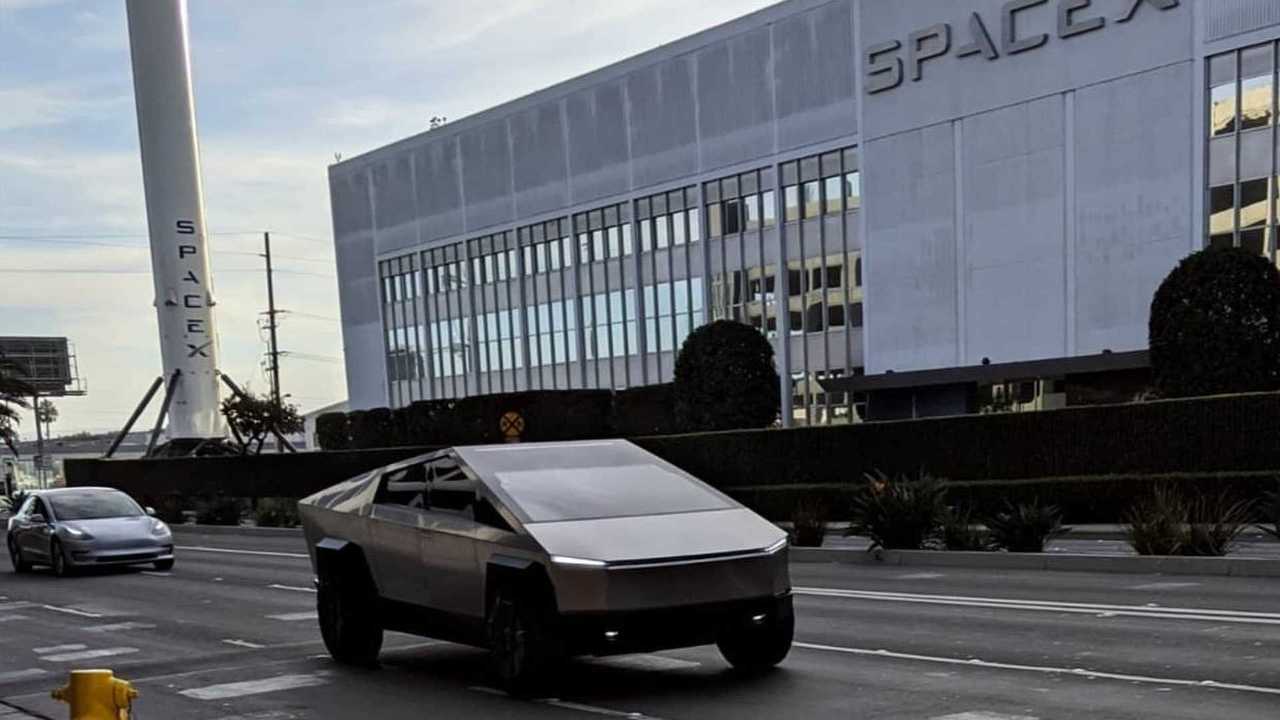 It will probably be featured on Jay Leno’s Garage in the not too distant future.

We will get a new detailed, up-close look at the Tesla Cybertruck soon, since a prototype was recently spotted filming in California with Jay Leno at the wheel and Elon Musk in the passenger’s seat.

It’s hard to say when the video will debut on Jay Leno’s Garage, but since Cybertruck is such a big buzzword these days, plus the fact that Leno is a big fan of Tesla (and EVs in general), we expect it to be out fairly soon.

Is This Radical House Fitting For A Tesla Cybertruck?
⠀

Tesla Cybertruck Won't Be Here For Some Time, So Let's Build Our Own
⠀

Here's What 21,000 Americans Think Of The Tesla Cybertruck

Filming took place in Hawthorne, California, near the SpaceX headquarters. The Cybertruck was then driven onto Crenshaw boulevard followed by a camera car where, as you can imagine, it attracted a lot of attention. According to Teslarati, even though the Tesla Model Y was not spotted at the shoot, it is expected to be shown in the same video.

The last time a Tesla was featured on Jay Leno’s Garage was in August, 2019, when he experienced the Roadster prototype. However, the Tesla official present to show off the car was the company’s lead designer, Franz von Holzhausen, not Elon Musk, so this new video should be even more interesting.

Jay Leno really is into electric cars, and most recently he drove the new Drako GTE with 1,200 horsepower. However, he spotted some things that could be improved about that car, especially since it has a near-$1.3-million asking price.