Featuring a cardboard exterior and a Ford F-150 underneath, this fake Tesla Cybertruck sure is drawing tons of attention. Unlookers even take pictures of it. Some may have even momentarily thought that it was some early prototype version of the real Cybertruck. It's not. Rather, it's just a DIY effort to reproduce the look of the Cybertruck by using a lot of cardboard and tape.

Fool us once? No, this is just too crude to fool us, but we too would probably snap pictures of it if we saw it in the wild. 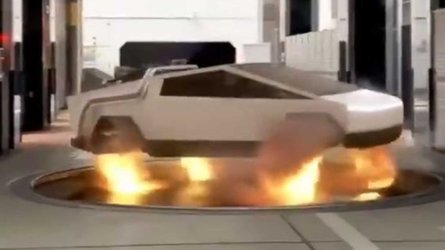 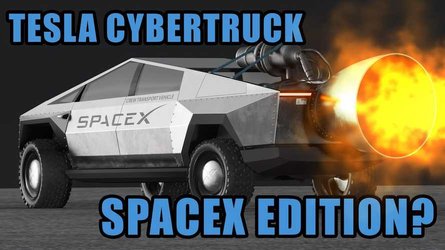 The fake Tesla Cybertruck was presented to the public, but the task wasn't as easy as it sounds. The cardboard truck is fragile, to say the least. It had to be drive at very slow speeds to preserve its exterior. It has a cardboard exterior, as we've previously mentioned, which isn't ideal, especially in the rain, which was encountered..

The Ford F-150 underneath still peeks out in some areas like up front where the grille remains exposed to allow air to enter. Additionally, the wheels do not resemble the ones found on the real Cybertruck.

This effort to reportedly troll Tesla really had the opposite effect. Sigthings were reported on Twitter, Reddit and so on and, in general, the consensus was that the builder of this Cybertruck probably made Tesla proud, since it clearly took a lot of time and effort to construct the cardboard truck.

Video description (for video above) via VINwiki on YouTube:

Eric Decker saw Elon Musk unveil the new Tesla Cyber Truck and knew he needed to add to the meme culture. Here's the video he made.

You can check out the build video of the cardboard Tesla Cybertruck below: