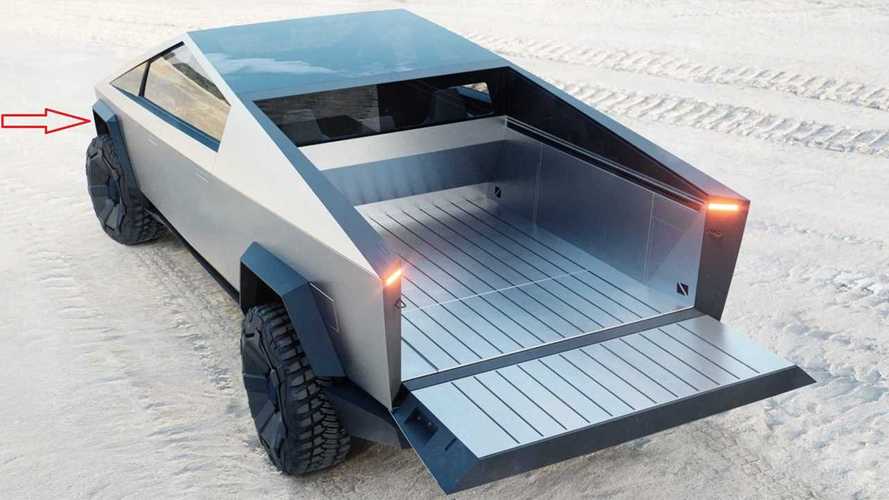 The central rearview mirror was replaced with a display. It seems the same is the case with the side mirrors.

The recently unveiled Tesla Cybertruck concept prototype (which is expected to be at least slightly modified before entering production) does not have external side mirrors.

That does not surprise us much, as some concepts (even some Teslas) were often displayed without mirrors (replaced by rearview cameras and displays) to improve aerodynamics.

Tesla Cybertruck Size Concerns: Will You Have To Build A New Garage?

It's not yet allowed for use in the U.S., but in Europe you can already drive an Audi e-tron without side mirrors. Soon, a similar solution will be introduced by Honda in Honda e.

In the case of Tesla Cybertruck, the side cameras, which are intended as mirror replacements, are hidden in the front fenders:

Another interesting thing to consider is where Tesla will display the image from the cameras? It is expected that Tesla will use the space at the bottom of the A-pillars.

We didn't see the displays there during demo rides but surely Tesla could add them at a later point in time.

The central rearview mirror was also replaced by a camera and display (this one was already working on the prototype during the unveiling event).

We guess that by selecting the reverse driving mode, the images from all of the cameras might be displayed (including a 3D view) on the central touchscreen, too.