The mighty F-450 Super Duty falls victim to the Tesla Cybertruck. Say what?

This humorous video pits a Tesla Cybertruck up against the mighty Ford F-450 Super Duty in a tug-of-war challenge. Which truck wins? Watch to find out.

There was a lot of chatter following the first tug-of-war challenge between the Tesla Cybertruck and the Ford F-150. Some even said the event was mostly staged and that the result was pointless since the Cybertruck was always going to win. 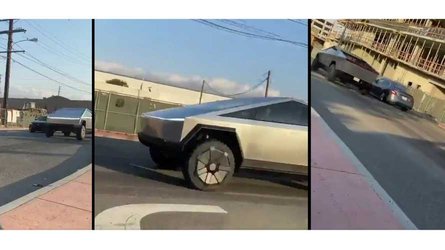 Tesla Cybertruck Spotted In Motion In The Wild: Video 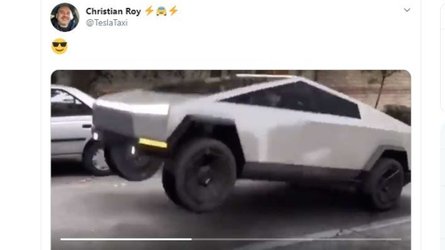 It came mostly down to weight, load and tires. The Cybertruck weighs more and its chunky tires provide more grip, so the matchup was unfair. 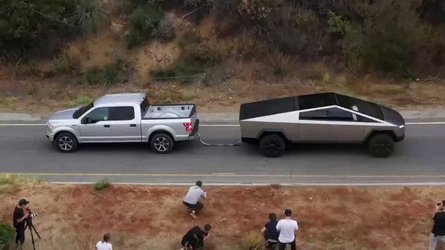 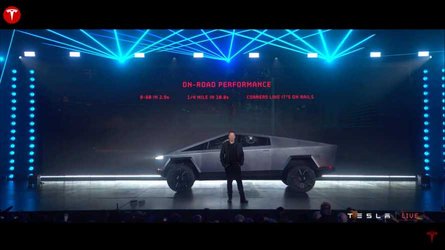 Back to the drawing board then. This latest matchup features the far heavier and much more capable Ford F-450 Super Duty. This beast of a truck definitely outweighs the Cybertruck and should present a much greater challenge to the Tesla.

Interestingly, the tug-of-war challenge starts off at close to a standstill. Then, the Tesla gains a bit of ground. Soon after, the Tesla takes over and again dominates the Ford, practically whipping it down the road like its nothing. You can even hear the chugging diesel engine trying to give its all against the whirring of the electric motor, but the diesel is simply no match.

Those sounds do seem a bit off though and there's some lack of realism to each of the two trucks seen here. We sense that perhaps this too was a staged event of some sort, though we can't be certain. However, the tire placement seems a bit awry and even the road surface has some elements that seem out of place.

Sometime next week we should see a more realistic rematch posted by Tesla CEO Elon Musk, but until then, this is as real as the rematch gets since Ford decided it didn't want to play any tug-of-war with Tesla.