He’ll probably reconsider riding all the time with Loki, the poodle.

What would you do if you saw a dog locked inside a closed car on a very hot summer day? Probably call the cops, right? What if the dog was inside a Tesla? Would that change things for you, due to Dog Mode? While you ponder, be aware that Louise Martin called the police in Dublin regardless of the brand of Ross Hunt’s car. And he was taken to Irish courts because of that. In the end, Dog Mode saved him from being charged with breaking animal welfare laws.

This is the story the Independent.ie told last September 10 on its website. It shows people are not aware of the Dog Mode. Strangely enough, it also reveals that people do not know if it is activated or not. 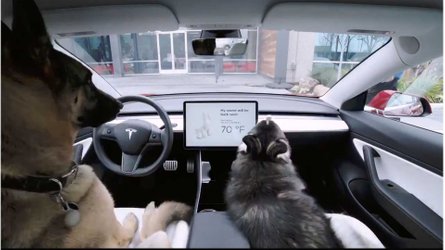 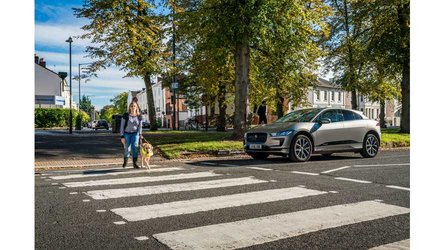 On June 27, 2018, Louise Martin saw Loki, Hunt’s toy poodle, on the footwell of his Tesla Model S. She came back 10 minutes later because she was worried about the dog, at around 11:15 AM. She then called the Dublin Society for Prevention of Cruelty to Animals (DSPCA). The entity called the cops – or gardai, as the Irish call them – and they arrived about one hour later.

Soon after that, Hunt arrived at the car, fearing they would break one of its windows. Garda Cormac O’Donnell said the Tesla owner was pretty mad with all the confusion and that he swore at them, accusing the cops of having nothing better to do.

Hunt recognized that he was rude to the officers and to the witness and apologized. Anyway, he also said he the dog was not left in the car for too long, that the Tesla Dog Mode allowed him to control the internal temperature of the car with the help of an app and that the dog was safe, despite trying to find shelter under the car’s dashboard.

The fact that the witness, the garda and the DSPCA official were not aware of the Dog Mode is odd since it has a warning on the screen. Check the video below:

After prosecutors demanded a Tesla technician to testify, judge John Brennan said Hunt's evidence was enough to prove what he said and praised him for being a “very loving, responsible and caring dog owner.” He also praised the witness for being concerned with the dog.

In the end, Tesla helped the man get away with the accusation of putting his dog in danger, but why wasn't Dog Mode visible to the witness? Is the Tesla Model S screen too small for people to read it? Should it be integrated with Sentry Mode and also have a recorded message to warn passerbys that everything is ok with the dog? Give us your thoughts on this with your comments.