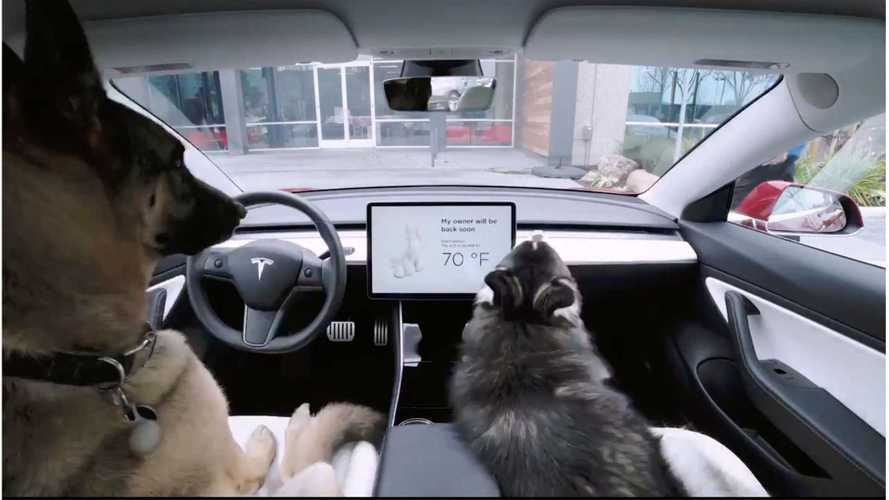 OMG honey, those poor dogs are going to get heat stroke!

There's just about nothing we hate worse than seeing dogs locked in a car in the heat of summer. We can honestly say at InsideEVs that many of us are dog owners and at least a few of us have called the police on occasion when we noticed dogs locked in hot cars. This same situation can prove true in subzero temps, though it's not necessarily as big of an issue. Well now, a recent over-the-air update via Tesla has addressed the latter.

Alejandro Agag Is The Elon Musk Of Motorsports

While Tesla CEO Elon Musk didn't make any reference to our good friend Earl Banning (of Frunkpuppy) i.e. @28delayslater, there's sure been an influx of Tesla owners that are also dog owners chiming in on Twitter. This comes as no surprise since some 90 million U.S. citizens own at least one dog.

Earl started a trend of Tesla owners posting images of their pets in the frunk of their Tesla vehicles. While Musk hasn't really mentioned it, it has become a major craze, and even his mom -- Maye Musk -- has jumped on the bandwagon. Nonetheless, Banning has quite the story, which you can read in its entirety over at Teslarati.

Without any further dialogue, what the heck is Tesla Dog Mode?

The best way to understand it is to check out this brief Twitter video:

Yes, it will not only set and hold a desired temp for your beloved pups, but will also assure that onlookers will (hopefully) not contact the authorities. Unfortunately, they'd have to take a closer look into the car to see that the dogs are in a safe environment. But, you could easily draft up a quick sign to display on the windshield. Worst case scenario, if someone did call the cops, you could easily explain the situation.