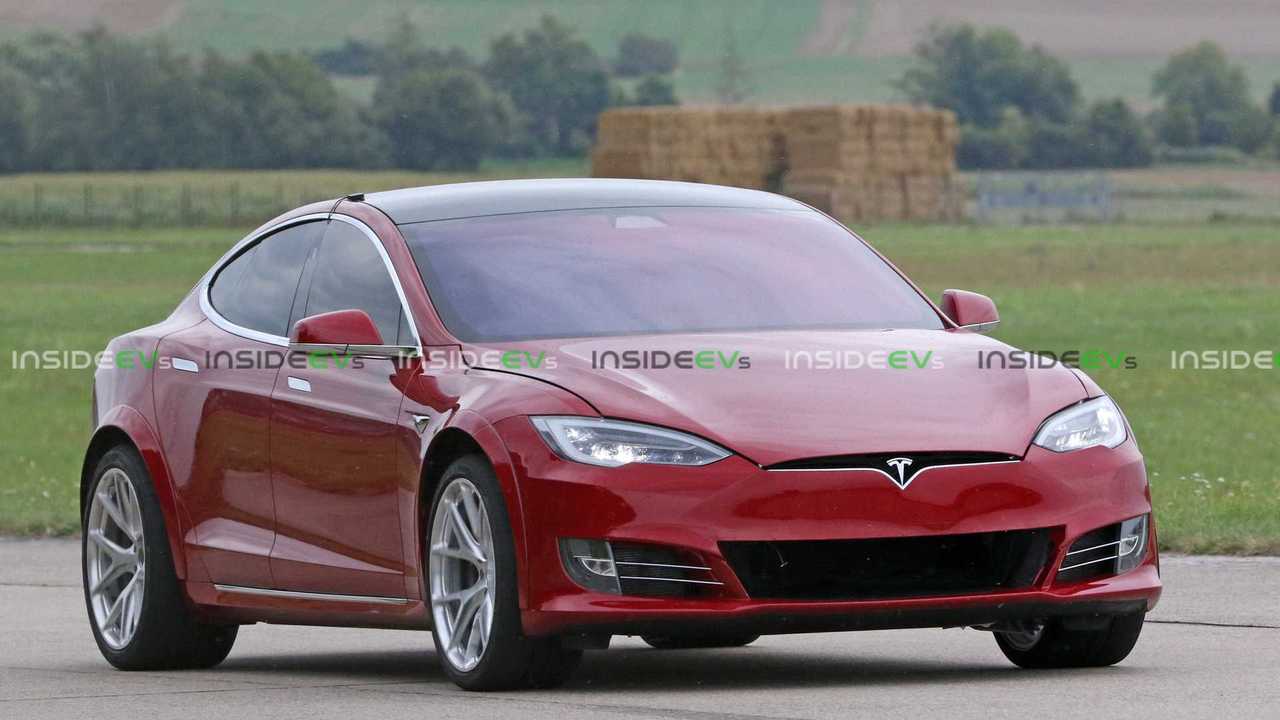 Is this the record-attempting Model S?

It seems Tesla is serious about setting a Nurburgring lap record with a Model S. In fact, these spy shots capture a modified Model S testing near the track.

Just a bit earlier today, we reported on rumors that Tesla possibly had secured a 30-minute private lap window at the Nurburgring for what might be a record attempt to best the time set recently by the Porsche Taycan. Now, with these spy shots in hand, it seems like all this may indeed be true.

More Tesla At The Ring

According to our spy photographers:

"...we’ve spied Tesla at a private test facility not far from the Nürburgring prepping a Model S for a run at the lap record."

"...the Model S Tesla is prepping for the record attempt does not appear to be stock. We can see wider fender flares, aggressive wheels and tires, and a trunk lip spoiler. From what we heard the tires where Michelin Cup 2 R for that extra grip and we also spotted a roll cage inside the car."

Additionally, it seems the lower grille opening is bigger to enhance cooling. And if you zoom in on shots of the rear badging, it seems to display P100D+.

Some might say it's unfair to use a modified Model S for this attempt at beating the Taycan, but remember, the Taycan was a pre-production prototype and Tesla could surely just add this "Nurburgring" package to the Tesla Design Studio overnight to make it a production option.

Below is an image of a stock Model S for comparison: