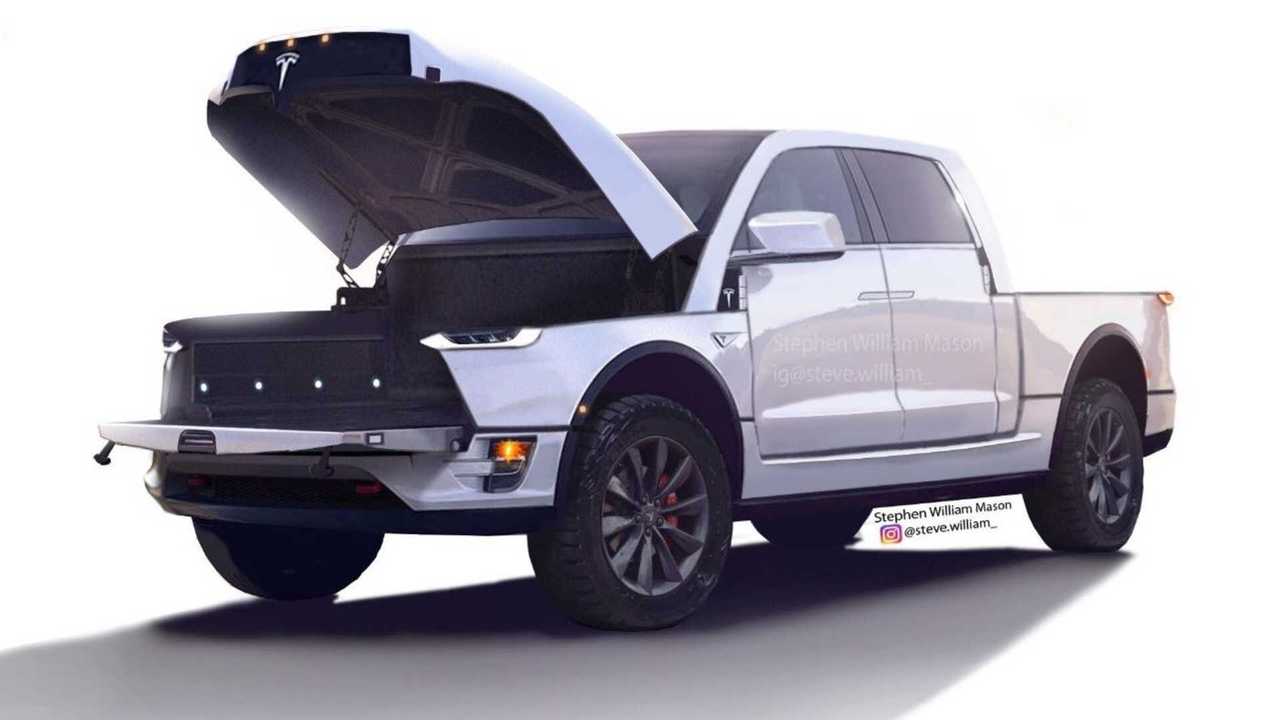 From the Tesla Model B to the Rivian R1T, here's this week's top truck news.

It was a rather busy week in the world of electric trucks. There was new, fresh video of the mighty Atlis XT, some more revealing footage of the Rivian R1T tank turn, a wild Tesla truck render and even dispute surrounding the million-pound pull made by the electric Ford F-150.

Tesla Pickup Truck: Everything We Know, Including Price, Range & More
⠀

Could B actually be connected to Elon Musk's Blade Runner reference?

Model B would be an expected designation for the upcoming Tesla truck, but there might be a bit of evidence to support this theory.

It's no secret that Tesla is working on an electric pickup truck. In fact, Musk often touts that this is his favorite Tesla project. However, we've yet to receive any indication as to what it will be called. Sticking with Tesla's typical Model plus a letter designation, you might guess the truck would be called the Tesla Model T. Well, that's a Ford trademark, so another name will need to be put into use.

In steps Tesla Model B. This might be a bit of a stretch, but there's some suggestion via Twitter that Musk is actually hinting at this.

Perhaps only the Tesla truck is more highly anticipated than the Rivian R1T.

Rivian is in the final stages of testing its electric pickup truck before the start of full-scale production next year. Meanwhile, Tesla has yet to even show the concept version of its truck. Therefore, we feel confident in saying Rivian will beat Tesla to market with a pickup truck.

Of late, Rivian has been a bit quiet in regards to releasing new information or even images of it R1T and/or its R1S electric SUV. However, we finally get a new look at the electric pickup truck via a Rivian tweet. The R1T will be a highly versatile on and off-roader. It can be equipped with a pull-out kitchen and other accessories designed specifically for its storage tunnel.

Henrik Fisker surprisingly announced this week that two additional models from Fisker, Inc. will follow the electric SUV, with both using the same platform. The attached image suggests a kind of SUV truck, potentially similar to the Rivian R1T/R1S.

"ALL automotive segments have to be electrified ! After our Fisker electric SUV, we have already decided on our next 2 EV’s on the same platform! #fisker #EVs #ElectricVehicle #Automotive #sustainability #cool #FutureTech #Trending"

Well, while on one hand, it's refreshing to see such ambitious and far-reaching plans, on the other hand, those two models join already three others - the Fisker EMotion , Fisker Orbit, and electric SUV scheduled for the second half of 2021. However, the lack of a production facility and no funding announcements makes us more than a bit skeptical that any of these vehicles will see the light of day.

Atlis Motor Vehicle company is a new-ish name on the scene, but its quite likely to become a more major player in the future.