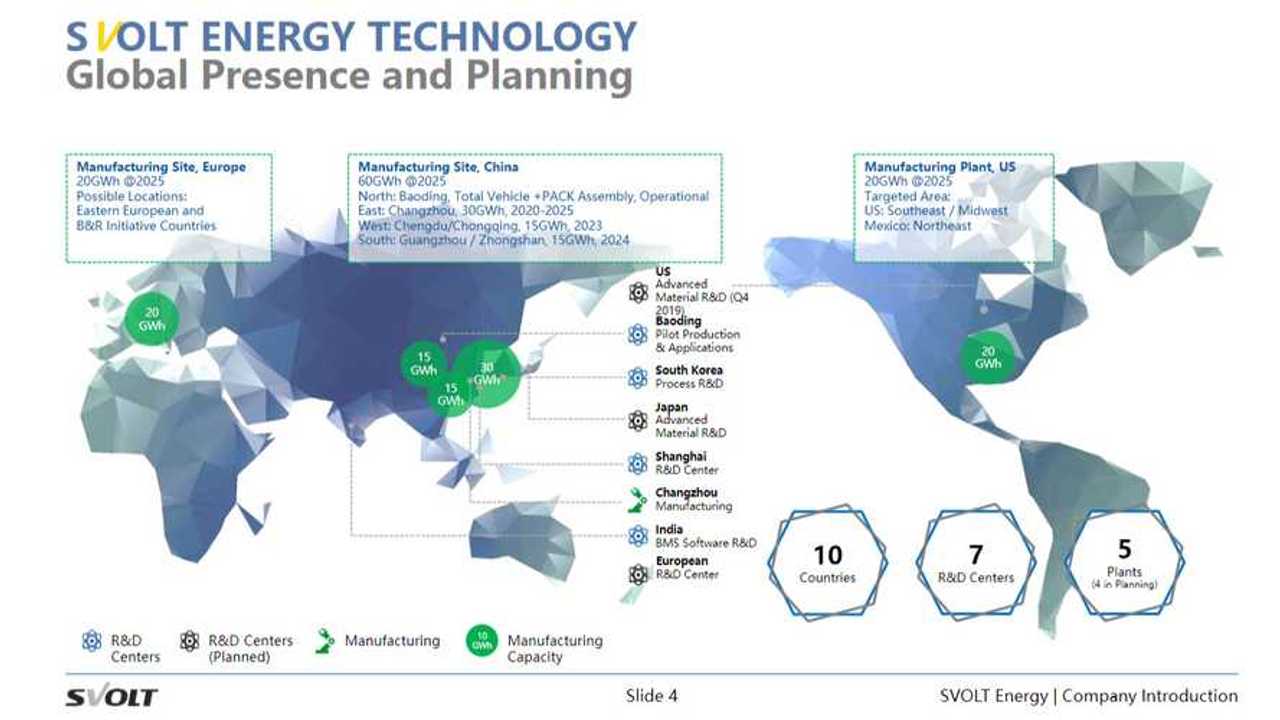 According to the company's presentation, those plants will have a total battery capacity of 100 GWh within around seven years.

Investment in Europe could be around €2 billion ($2.24 billion).

"SVOLT plans to build a base in an as yet undecided European country, featuring a research centre and factories for battery materials, cells and modules with initial capacity of 20 GWh, its general manager, Yang told Reuters in an interview."

"Investment will be around 2 billion euros ($2.24 billion), Yang said. As part of that, SVOLT aims to seek about 1 billion yuan ($145.34 million) in its next fundraising round this year. It will raise more funds to support construction which begins in the second half of next year, with production starting in 2022."

Reuters reports that the first plant in Changzhou, Jiangsu province in China will have an initial capacity of 12 GWh with an expansion option for 70 GWh.

Great Wall Motor, which is China's biggest SUV manufacturer, is expected to be one of the major customers for the batteries.

The other customers could be “German and French car manufacturers”.