EVgo: 14 ESS Installed Or Under Construction At Charging Stations 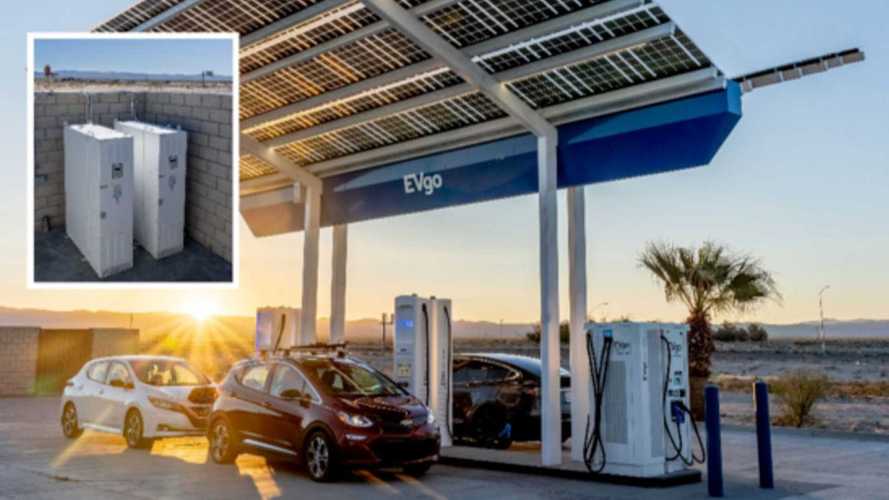 About 1% of the stations are equipped with energy storage systems

EVgo recently boasted that its network of more than 1,100 fast charging stations is also getting the U.S.' largest deployment of battery storage systems at a public fast-charging network (which we understand should be considered as the largest besides Tesla).

The number is 14 - completed or in construction ESS, at 11 fast-charging stations, which means some stations have more than one ESS. In general, ESS are not a common thing (just around 1% of EVgo stations have this system in place).

The purpose of those installations is varied: tests of such systems (new and 2nd life batteries), decrease of demand charge rates from utilities, load balancing, as well as backup or better utilization of solar.

"EVgo’s battery deployments offer a range of commercial test conditions, including the use of second life batteries; pairing battery storage systems at a single fast charging station; and the integration of onsite solar with battery storage in place at EVgo’s fast charging stations on the campus of the University of California San Diego and at the World’s Tallest Thermometer in Baker, California. Although EVgo’s fast charging stations do not always require a grid upgrade, as station sizes and power rating increase, energy storage will become an important tool, offering load balancing and mitigating distribution grid upgrade costs. Partners with EVgo in battery storage include Engie Storage for storage systems, Princeton Power for inverters, and Samsung and BMW for batteries.

EVgo joined the Energy Storage Association in 2018, with Julie Blunden serving on its Board of Directors, in order to link the stationary and mobile energy storage communities."

“EVgo has extended our lead as the largest public fast charging network in the U.S., with hundreds of fast chargers delivered in the last year and under construction, including more than a dozen battery storage systems. As electric vehicles advance to accept higher power charging rates, energy storage will play a growing role in balancing the load of larger and higher power stations.”