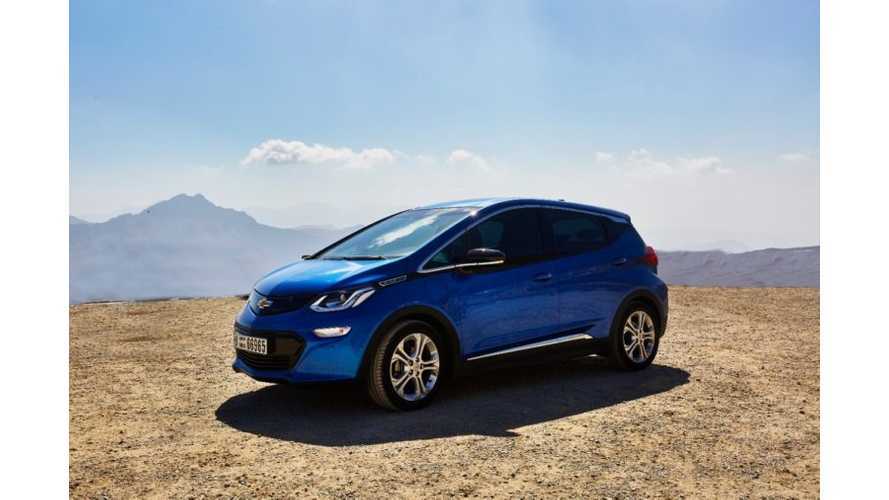 Tested and proven in the heat of Abu Dhabi.

The efficiency and performance capabilities of the 2019 Chevy Bolt were put to the test this month at the 2019 Electric Vehicle Road Trip.

Tesla Model 3 Vs Chevy Bolt From An Owner's Perspective

As The News Wheel reports:

This year’s EVRT kicked off on Jan. 17 in Masdar City in Abu Dhabi and wrapped up Jan. 24 in Dubai. Stops along the way included Sheikh Zayed Abu Dhabi Grand Mosque, the Wadi Shab in Oman, and the Muscat eMobility Forum and Festival.

Apparently, the Chevy Bolt encountered no problems and was very well received by the public. Therefore, that's a win for Chevrolet.

“The Bolt EV’s real-world abilities were proven at last year’s EVRT Middle East; however, this time around it has displayed its capabilities on a road that’s demanding on any vehicle, let alone an EV. And I am proud to say that the Bolt EV finished with flying colors."

“As Chevrolet, we’re excited to take on any challenge and were delighted for the addition for EVRT for 2019. Breaking down consumer anxiety is key to driving EV adoption, so we are proud to once again support the road trip, which is exerting major effort in the Middle East’s future mobility revolution.”

The route for this year's event included the ascent up Jebel Jais in Ras Al-Khaimah, which climbs 1.2 miles above sea level. Apparently, in this area of the trip, the Bolt’s 266 lb-ft of torque was required. On the way down, the car's strong regenerative braking was appreciated too. Therefore, acceleration and braking are equally important.

As The News Wheel states:

Perhaps most impressively, the Bolt’s Regen on Demand recouped around 58 miles’ worth of charge on the descent alone, helping maximize its already impressive range abilities. Regen on Demand converts kinetic energy into storable battery energy by holding a paddle on the steering wheel when decelerating.

The Bolt is relatively new to Dubai, with deliveries beginning there is August 2018. Furthermore, the Bolt is considered the only affordable, long-range electric car available in the region. As a result, it is among the highest rated EVs in the Middle East. Hence, it's a strong seller there too.