Does Tesla Make The Best Value EVSE For Non-Tesla Owners? 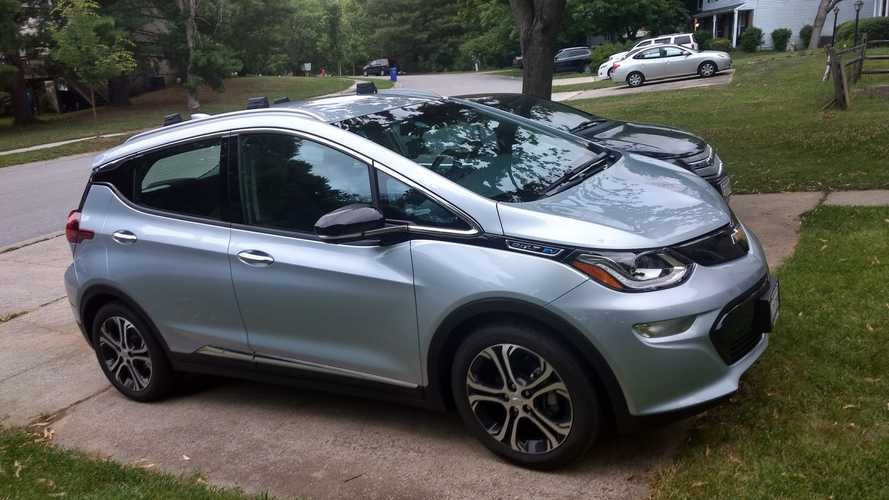 For a new EV owner looking to upgrade from the stock 120V charging cord that came with their vehicle, it may be daunting trying to figure out what kind of 240V EVSE would be best to buy. There are dozens of companies out there that offer 240V EVSEs of varying power ratings, cord lengths, plug types (and the choice between a plug-in or hardwire version).

Several companies have made a name in the EV world for making quality products, one such company being Clipper Creek. When I purchased my 2012 Chevy Volt, I had a Clipper Creek LCS-25 (made in the USA btw) installed at my home soon after, and for the next 4 years, it performed flawlessly charging my ’12 Volt, along with plug-ins that have come and gone (’13 C-Max Energi, ’16 Spark EV, ’17 Gen 2 Volt) and my 2017 Bolt EV without fail. While I charged my Bolt EV with the LCS-25 for over 18 months, the unit was only rated for a max 4.8 kW charge rate (4.5 kW in real world observations), and once I purchased a new house with a garage, I decided it was time to upgrade to a unit that could take advantage of the Bolt’s advertised 7.2 kW charge rate. I sold off my trusty LCS-25 and looked to purchase a replacement.

I thought about simply upgrading to a 32-amp Clipper Creek unit that would support 7.2 kW charge rates, but wanted to see if I could find something a little cheaper than $565 (but still UL-rated and made by a reputable company). One night I was browsing one of the Tesla owner forums and came across a thread about the new Tesla mobile connector that came with the Model 3. The Tesla Gen 2 Mobile Connector (Gen 2 MC) was a 32-amp unit (perfectly matches the Bolt’s peak 32-amp specs) that came with both 120V and 240V adapters, was portable, and best of all was only $300! It was literally the cheapest UL-rated (no thanks knockoff Chinese made EVSEs) 240V EVSE on the market that could also charge on 120V. Only one problem though: I didn’t own a Tesla.

Fortunately for me, I already had a device (JDapter Stub, a $239 Tesla-to-J1772 adapter sold by QuickChargePower) that could be used to allow my Bolt (and pretty much any other EV) to charge from a Tesla, non-Supercharger charging station. Or in my case, a Tesla Gen 2 MC. Because I already had the JDapter Stub, all I needed to do was purchase the Tesla unit and have a 240V NEMA 14-50 outlet installed in my garage. At $300, the Tesla Gen 2 MC was the best bang for the buck 32A EVSE out there! Who'd a thunk a Tesla product could end up being the most economical?

As an added bonus, the Tesla Gen 2 MC comes with a 120V adapter along with the 240V NEMA 14-50 adapter and can be used to charge from a regular 120V household outlet as well. It is a very versatile, compact unit that can be used for home charging as well as on the road charging as a portable 240V EVSE.

The electrician finally showed up to my house and installed the NEMA 14-50 outlet required to use the Gen 2 MC. I plugged it into the outlet, then plugged my JDapter Stub into the Tesla plug end, and voila! My Volt and Bolt now had access to L2, 7.2 kW/32-amp charging once again at my home! What makes this deal even better is the state of Maryland offers a 40% rebate of the cost of a new EVSE. Since the Tesla MC cost $300, 40% of that is $120. But since I sold my old Clipper Creek LCS-25 for $200, and will receive the $120 rebate check from the state of Maryland, the cost of upgrading from a 20-amp EVSE to the 32-amp Tesla one was -$20...or $20 in my pocket! #winning

In the event I go on a road trip in my Bolt, the Tesla MC + JDapter Stub combo gives me more options for on-the-road charging. Many campgrounds have 14-50 outlets that can be accessed, and of course, 120V trickle charging is always an option, albeit extremely slow. The JDapter Stub opens up even more charging points, as otherwise inaccessible Tesla destination charging stations also become available as charging options. I never thought I would ever be writing a glowing blog post about a Tesla product, but the Gen 2 MC (with assist from the JDapter) is really a nice option for those EV owners looking for a low-cost, portable dual 120/240V EVSE.

An EV owner of a plug-in that can only charge at ~3.3 kW (Volts for example) can probably find cheaper options for 3.3-3.6 kW charging (such as the Gen 2 Volt/Bolt's stock charging cord which can be used for 240V charging with an adapter), but for a non-Tesla BEV owner that can charge at a rate of at least 6.6 kW, such as a Bolt EV or Leaf owner, the Tesla Gen 2 MC + JDapter Stub combo is a charging solution that should be considered. And is almost a no-brainer if you already own a JDapter Stub.

P.S. for those of you looking to duplicate my setup, make sure your electrician runs wire for a 50-amp circuit. While only a 40-amp circuit is required for use of a 32-amp device like the Tesla Gen 2 MC, a NEMA 14-50 outlet is supposed to be wired for 50-amps, so while you could get away with running wire for 40-amps, you wouldn't want to fall into any permit issues if an inspector finds a 50-amp outlet wired for only 40-amps. Pay the few extra bucks and get the proper 50-amp wiring installed.

*Editor’s note: This article was originally published on bro1999's blog.