California Leads Nation In Tesla Model S Sales, But Which Other States Are In Top 10? 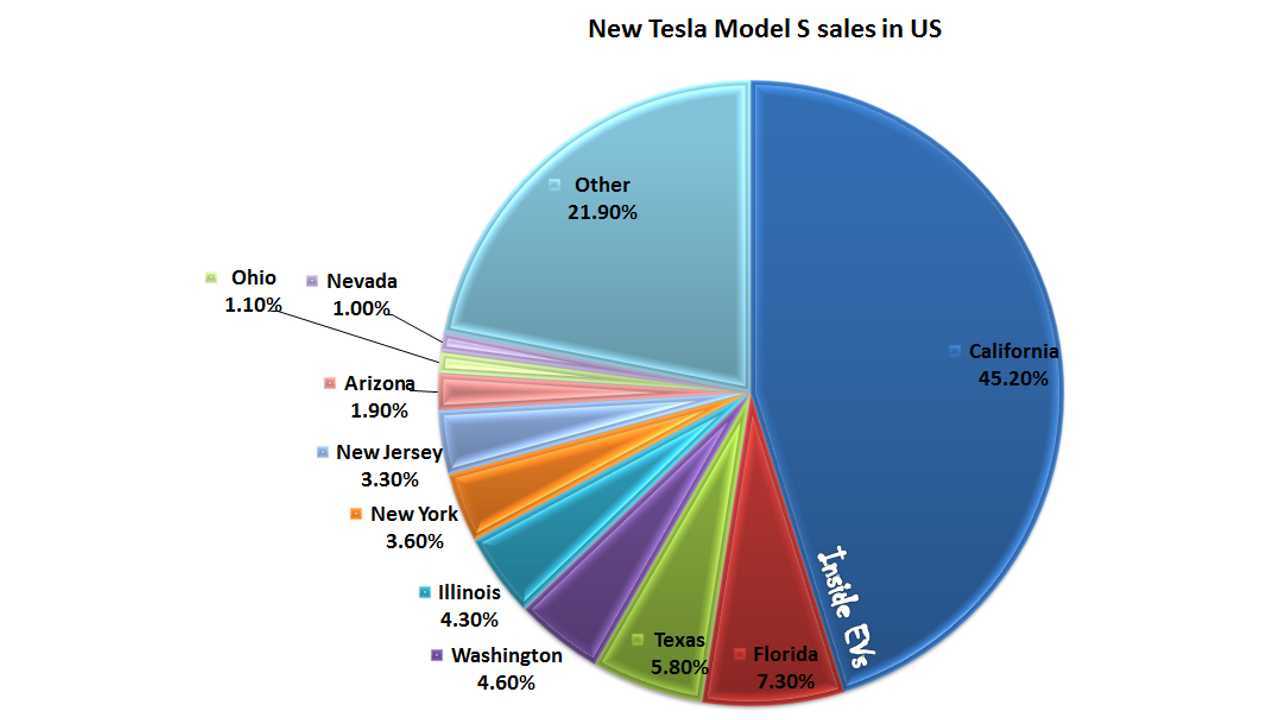 According to Edmunds, the used car market for Tesla provides an opportunity to expand its demographic and geographic reach.

Through the end of July, over 1,600 Model S were sold in the pre-owned market in the U.S.

Some 45% of all new Tesla Model S sales comes from California.

The next 9 states hold nearly 33%, while the remaining 40 states combined are below 22%.

We all know that California is the largest market for Tesla (basically true for almost all other EVs), but we didn't know how sales spread over the other states. Now we know that the best of the rest is Florida.