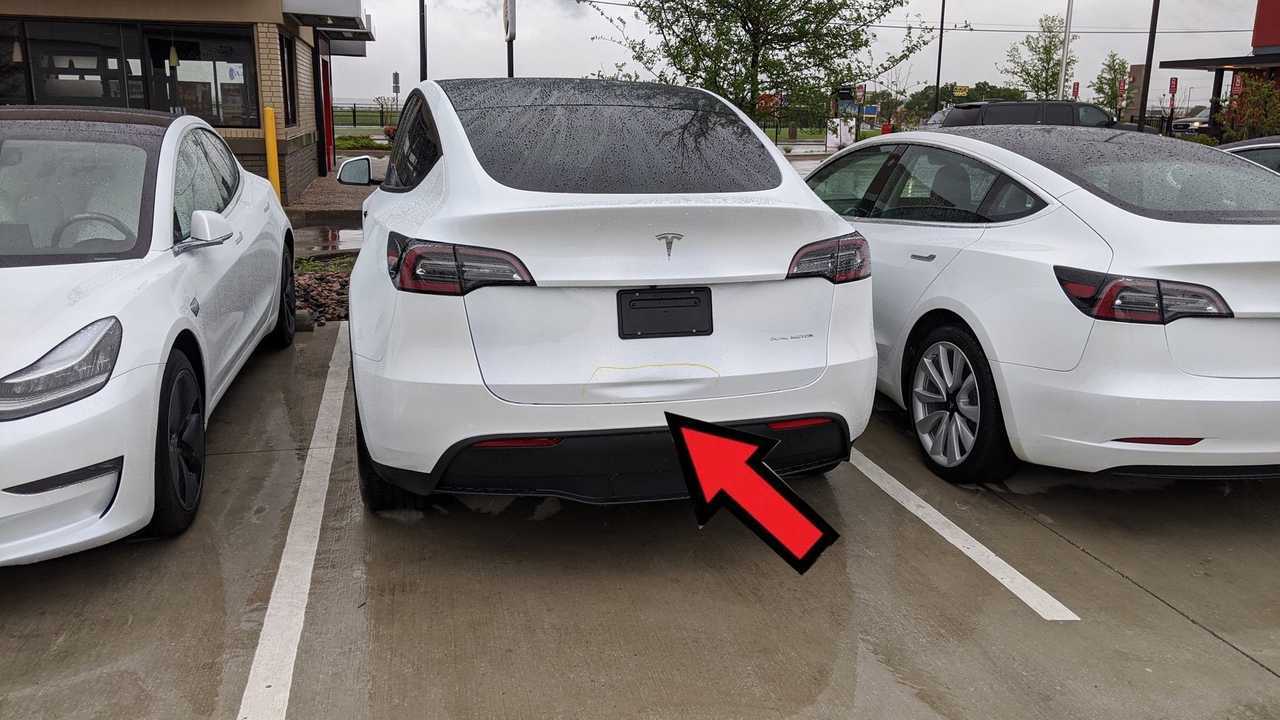 Insurance companies are going to love this...

Now that the Tesla Model Y is making its way into the hands of the first customers, the reviews are piling in and they have mostly all be pretty positive. However, no vehicle is perfect, and there are always tradeoffs between design and functionality. We're beginning to wonder if one of those tradeoffs isn't going to be a costly one for Model Y owners.

In order to accommodate slide-in rear loading, the rear hatch extends down lower than the top crease of the bumper cover.

In doing so, Tesla has made it much easier to load things in the hatch since the opening is lower and there's no lip to lift the cargo over. You'll also be able to slide cargo out easier.

However, it's got us thinking about how this will play out with rear-end collisions. To be clear, we're not talking about the most important consideration when it comes to collisions, and that's passenger safety. Tesla has a history of making some of the safest cars available today.

Other Cars With Similar Designs Get Damaged

However, what might otherwise be a simple "fender bender" could turn into an extremely expensive incident, as even the slightest rear hits will also impact the expensive rear hatch. If so, once there's some data out on this, Model Y customers could see their insurance rates spike up a bit as insurers adjust their rates to match their risk of loss.

Check out the difference between the Model Y and the Model X in the images below. It's clear the X's hatch opening is much higher up than that of the Y, so it's less likely that the X's hatch will get impacted in a rear-end accident.

Yes, the Model X is a taller vehicle, but still, the difference is mostly in the design of how the Y's hatchback protrudes down into the bumper portion of the car. We think these two images clearly show that.

Discovered: Tesla Model Y Comes With Heated Radar To Melt Snow, Ice
Like most hatchbacks, the Chevy Bolt's rear hatch stops short of the bumper and won't necessarily be impacted in a rear-end collision unless it's a hard hit.

If we currently had a Model Y at our disposal, we'd line up a few different cars behind it, to see where the front bumper of those vehicles would impact the Model Y if the other vehicle were to rear-end the Model Y. We'll do that once we get a Model Y for our own use. Judging from the pictures we've seen, it's likely the rear hatch is low enough that it will be damaged in most rear impacts.

The Kia Niro EV also has separation from the bumper and the rear hatch.

However, while there aren't that many of them, there are other hatchbacks that have similarly-designed rear hatches. The Jaguar I-Pace is one of them. Like the Model Y, the I-Pace's hatch doesn't end at the top of the bumper, instead, it continues down over the top lip of the bumper skin.

Then there's the Tesla's Model X. It's not the best example for comparison because it has an unusual rear end, in that the Model X doesn't have much of a protruding bumper, the rear area is mostly flat. Therefore, it's not the best comparison because you can't define where the bumper ends and the hatchback usually begins. The plastic bumper cover does come up what looks like about two inches above the bottom of the hatch, so in that way, it's similar to the Model Y's design.

Are we nitpicking? Perhaps. But the design does bring into question whether a minor rear-end tap could end up costing thousands of dollars more than it otherwise would have if only the bumper was damaged. Plus, it could also mean a longer wait for repairs and higher insurance premiums.

Do you know of any other hatchbacks that have similar designs? Let us know if you do, and also if you think this will be a problem for Model Y owners in the comment section below.