Despite NHTSA Objections, Tesla Is Right To Claim Model 3 Is Safest 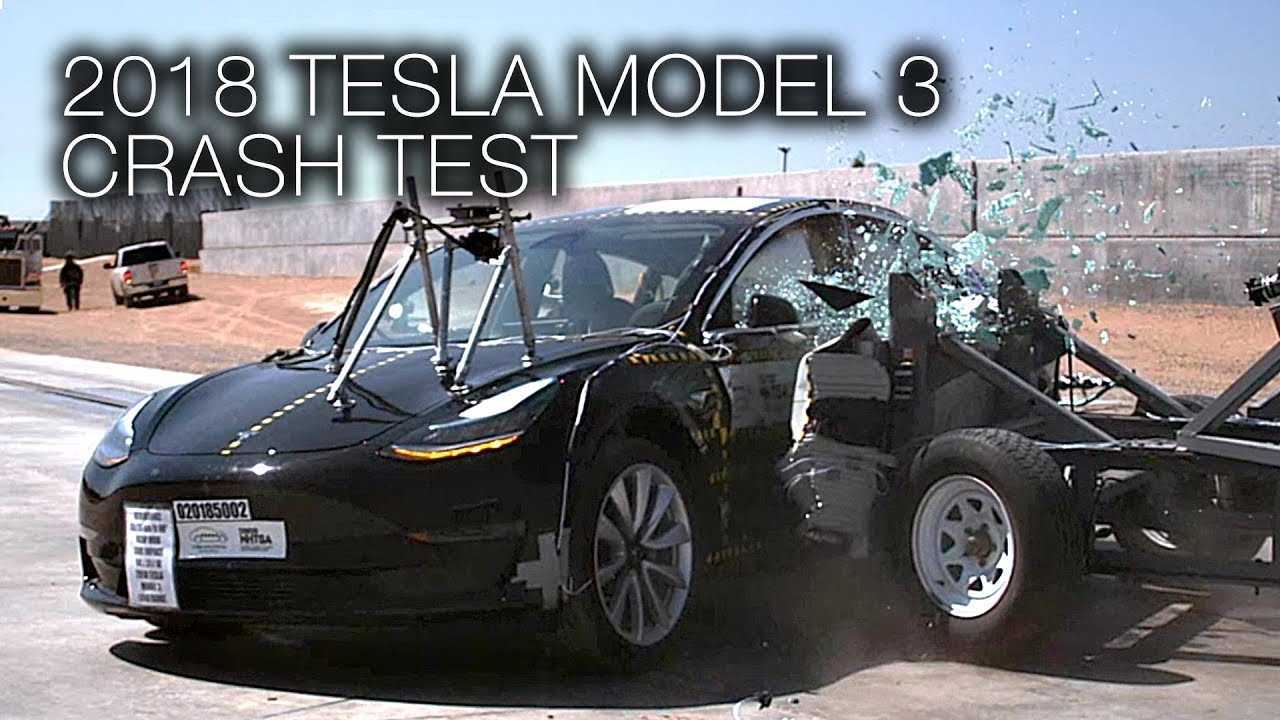 Why? Because it's the truth.

Is Tesla being misleading in its claim that the Model 3 is the safest car (lowest probability of injury) ever tested by the NHTSA? We don't think so and here's why Tesla should stand by that claim.

Tesla is again in the news in regards to claiming the Model 3 is the safest car ever tested by the NHTSA. This time, the automaker is being cited for being misleading in its claim. But is it?

First, the new news. The NHTSA has sent Tesla (actually, Elon Musk) a cease and desist order against these Model 3 safety claims. Here's the letter:

That's all fine and dandy (guidelines are guidelines so perhaps they should be followed), but that doesn't discredit the fact that the Model 3 (and all Teslas) are extremely safe and it doesn't alter the actual ratings. In fact, the Model S, Model X and Model 3 are the three safest cars ever tested by the NHTSA. Here's the chart on the Model 3, followed by some explanations (additional insight here):

1/5 Regarding @TESLA's claim that the Model 3 is the safest car ever tested, followed by the Model S and X, and @NHTSAgov apparent disavowal of this, here's why TSLA's claim is fair to make!

2/5 Per the raw data on the spreadsheet located at https://t.co/UmqlalZNOb There is a worksheet named "Comb VSS+Overall Ratings", which contains a column titled "VSS", which stands for Vehicle Safety Rating. This is per the NHTSA.

4/5 In the "Combined" column on that same worksheet, you can see that the NHTSA has decided to rate ANY car with a VSS lower than 0.67 as "Five stars". This also applies to each individual test.

5/5 That's fine, but it's also TRUE that the Tesla Model 3 did deliver the best results, by a wide margin, of any car tested. In fact the VSS for the Model 3 is *43% lower* than the threshold required for five stars!

And here's the graphic Tesla released, based on NHTSA data:

The Model 3 scored top marks in every single tested category. Beyond that, the Model 3 comes equipped with every NHTSA-recommend safety technology as standard equipment, meaning you don’t have to tick an option box to get a safer Model 3. Every 3 is as safe as the next.

Safety has always been paramount at Tesla, so no surprise here. It was way back in 2013 when the Tesla Model S earned crazy high marks from the NHTSA and now it seems with the Model 3, Tesla has raised the bar again.

However, we should point out that the NHTSA ranks cars based on class, so in reality, the other bigger Teslas are actually a bit safer. This was explained in detail by Musk awhile back.

And here are links to several InsideEVs articles that support these safety claims made by Tesla:

NHTSA tested Model 3 Long Range Rear-Wheel Drive as part of its New Car Assessment Program, a series of crash tests used to calculate the likelihood of serious bodily injury for front, side and rollover crashes. The agency’s data shows that vehicle occupants are less likely to get seriously hurt in these types of crashes when in a Model 3 than in any other car. NHTSA’s previous tests of Model S and Model X still hold the record for the second and third lowest probabilities of injury, making Tesla vehicles the best ever rated by NHTSA. We expect similar results for other Model 3 variants, including our dual-motor vehicles, when they are rated.

What makes Model 3 safe? In addition to its near 50/50 weight distribution, Model 3 was also designed with an extremely low polar moment of inertia, which means that its heaviest components are located closer to the car’s center of gravity. Even though Model 3 has no engine, its performance is similar to what’s described as a “mid-engine car” due to its centered battery pack (the heaviest component of the car) and the fact that Model 3’s rear motor is placed slightly in front of the rear axle rather than behind it. Not only does this architecture add to the overall agility and handling of the car, it also improves the capability of stability control by minimizing rotational kinetic energy.

Like Model S and Model X, Model 3 benefits from its all-electric architecture and powertrain design, which consists of a strong, rigid passenger compartment, fortified battery pack, and overall low center of gravity. These safety fundamentals help to prevent intrusion into the cabin and battery modules, reduce rollover risk, and distribute crash forces systematically away from the cabin – all while providing the foundation for our superior front crumple zone that is optimized to absorb energy and crush more efficiently. Here, you can see how the orange internal combustion engine block is thrust towards the cabin during a frontal impact test:

We also added state of the art features and new innovations in crash structure design, restraints and airbags, and battery safety to the core of Model 3’s design:

In frontal crashes, Model 3’s efficient front crumple zone carefully controls the deceleration of occupants, while its advanced restraint system complements this with pre-tensioners and load-limiters that keep occupants safely in place. Specially designed passenger airbags are shaped to protect an occupant’s head in angled or offset crashes, and active vents dynamically adjust the internal pressure of the frontal airbags to optimize protection based on the unique characteristics of the crash. Front and knee airbags and a collapsible steering column work to further reduce injury, all contributing to Model 3’s 5-star rating in frontal impact.

In pole impact crashes, in which a narrow obstruction impacts the car between the main crash rails, energy-absorbing lateral and diagonal beam structures work to mitigate the impact. This includes a high-strength aluminum bumper beam, a sway bar placed low and forward in the front of the car, cross-members at the front of the steel subframe that are connected to the main crash rails, and additional diagonal beams in the subframe that distribute energy back to the crash rails when they aren’t directly impacted. An ultra-high strength martensitic steel beam is also attached to the top of the front suspension to further absorb crash energy from severe impacts, and the rear part of the subframe is shaped like a “U” and buckles down when impacted. These structures continue to be effective even when a front motor is added for Model 3 Dual-Motor All-Wheel Drive, due to the fact that the subframe is designed to pull the nose of the motor down and out of the way.

Model 3 also has the lowest intrusion from side pole impact of any vehicle tested by NHTSA. Unlike frontal crashes, there is little room for crumple zone in a side impact, so we patented our own pillar structures and side sills to absorb as much energy as possible in a very short distance. These structures work alongside the vehicle’s rigid body and fortified battery architecture to further reduce and prevent compartment intrusion. With less intrusion into the cabin, our side airbags have more space to inflate and cushion the occupants inside.

Rollover accidents are a significant contributor to injuries and deaths on U.S. roads. Tesla’s vehicle architecture is fundamentally designed to have a very low center of gravity, which is accomplished by placing the heavy battery pack and electric motors as close to the ground as possible. In the event that a rollover does occur, our internal tests show that the Model 3 body structure can withstand roof-crush loads equivalent to more than four times its own weight and with very little structural deformation. NHTSA’s standards only require that cars withstand loads of three times their own weight.

Many companies try to build cars that perform well in crash tests, and every car company claims their vehicles are safe. But when a crash happens in real life, these test results show that if you are driving a Tesla, you have the best chance of avoiding serious injury.