Is Tesla Fabricating Data To Make Its Model 3 Appear Safest? 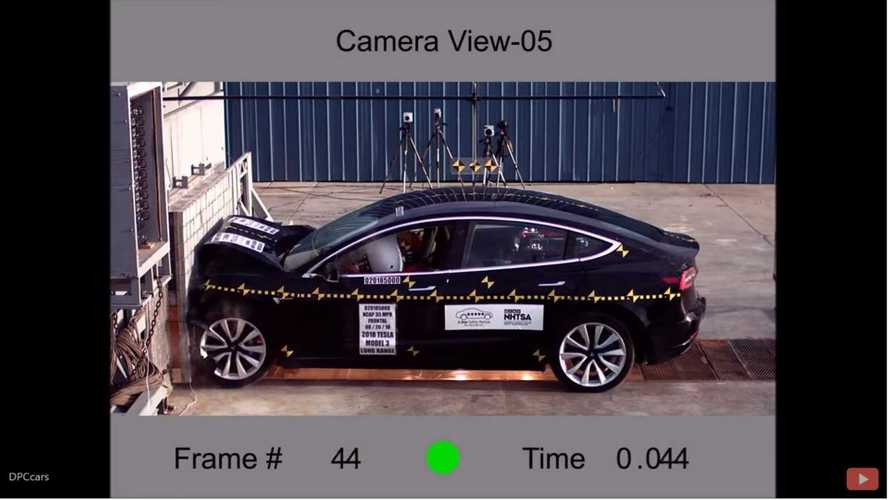 After Tesla reveals the ultimate safety of its Model 3, the NHTSA clarifies its system and intentions, but it may make no difference.

Tesla stated this week that its Model 3 earned the National Highway Traffic Safety Administration's lowest probability of injury score ever recorded and went on to say that its Model S and Model X vehicles hold the second and third positions of all time. How come the NHTSA and many mainstream news agencies didn't report such amazing achievements?

Here's the rub. The NHTSA is not a ranking agency. Never has the administration provided a list of cars with a list of scores and said that one particular five-star candidate exceeds another. In a recent attempt to assure to people that the NHTSA had no part in Tesla's claims that its vehicles outscore all others, the NHTSA released a clarifying statement (keep in mind that Tesla was not mentioned in the statement, although many publications called this a direct rejection of the automaker's claims). According to the organization:

The National Highway Traffic Safety Administration’s New Car Assessment Program (NCAP) – known as the 5-Star Safety Ratings Program – provides consumers with information about the crash protection and rollover safety of new vehicles beyond what is required by Federal law. NCAP conducts a total of three crash tests on new vehicles: one frontal and two side crash tests, as well as a rollover resistance assessment – a driving maneuver test that assesses a vehicle’s susceptibility to tipping up and a measurement of how top-heavy a vehicle is. Results from these three crash tests and the rollover resistance assessments are weighted and combined into an overall safety rating. A 5-star rating is the highest safety rating a vehicle can achieve. NHTSA does not distinguish safety performance beyond that rating, thus there is no "safest" vehicle among those vehicles achieving 5-star ratings.

Tesla CEO Elon Musk assumed for some time that the Model 3 would be one of the safest cars ever produced. Even before any outside testing, he said it would have the best safety of any midsize car. After the recent perfect five-star rating, he was even more confident and promised to share injury probability stats once they were released.

.@NHTSAgov will post final safety probability stats soon. Model 3 has a shot at being safest car ever tested.

The thing is, as you can glean from the above statement, the NHTSA doesn't provide specific numbers to the general public, but it also doesn't hide them. In order to determine a vehicle's star rating, meticulous calculations must be applied. The organization doesn't simply test the cars and then do a show of hands for star ratings. Instead, there are figures that are calculated and specific cutoff points for each star rating in each individual category and overall.

Thanks to Twitter user @anonyx10, we were directed to the website containing NHTSA charts with crash test data. Below is a screenshot of a partial chart, which includes the Tesla Model 3. Below that is a series of tweets better explaining the situation, as well as another chart to supplement the one provided in our previous article.

1/5 Regarding @TESLA's claim that the Model 3 is the safest car ever tested, followed by the Model S and X, and @NHTSAgov apparent disavowal of this, here's why TSLA's claim is fair to make!

2/5 Per the raw data on the spreadsheet located at https://t.co/UmqlalZNOb There is a worksheet named "Comb VSS+Overall Ratings", which contains a column titled "VSS", which stands for Vehicle Safety Rating. This is per the NHTSA.

4/5 In the "Combined" column on that same worksheet, you can see that the NHTSA has decided to rate ANY car with a VSS lower than 0.67 as "Five stars". This also applies to each individual test.

5/5 That's fine, but it's also TRUE that the Tesla Model 3 did deliver the best results, by a wide margin, of any car tested. In fact the VSS for the Model 3 is *43% lower* than the threshold required for five stars!

Let us know your thoughts and assessment in the comment section below.