Truckloads Of Tesla Model Y Caught Heading Out For Delivery 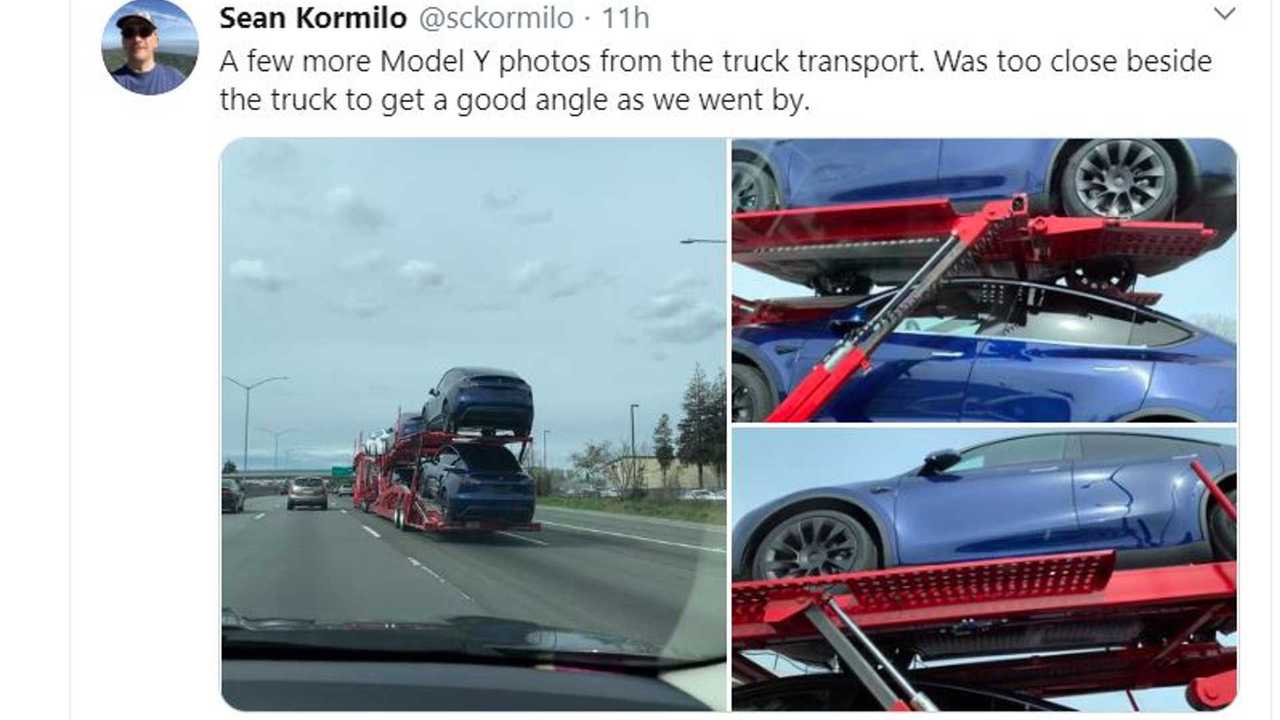 There have been several sightings of Tesla Model Ys loaded on trucks and heading out for first deliveries. It seems the Y will arrive ahead of schedule.

The question now is when will the very first delivery occur? Tesla had stated deliveries would begin on March 15th, but now it seems the Y is ahead of that timeline. That is, unless Tesla holds the Ys for some sort of mass-delivery event.

The Model Y is expected to quickly become Tesla's top-selling vehicle. Tesla CEO Elon Musk thinks that it will easily outsell the Model 3 and we tend to agree. The crossover body style is hugely popular here in the U.S., so it should sell in volumes higher than the 3.

Below we've embedded several tweets of the Model Y on trucks, as well as some video footage of the Fremont factory with Model Ys seen on the grounds.

What's your guess as to when the first Model Y will be delivered? Today? Tomorrow? Or will tesla wait until the date it earlier announced (March 15)?

Model Y were around AA5 parking lot when I get there.