We need to look no further than the 3rd-generation Honda Fit/Jazz, the first Fiat Palio and the new Chevy Tracker.

Tom Moloughney presented insight into the Tesla Model Y where he observed the rear hatch of the Model Y. He realized it was particularly vulnerable: the bottom of the hatch integrates into the rear bumper. In other words, any rear bump will also affect the rear hatch, as similar cases have demonstrated quite extensively. Check out the third-generation Honda Fit/Jazz and the first-generation Fiat Palio.

Since only some of our readers might know the Palio’s situation, let’s start with the Honda’s. The Honda Fit is called Jazz in Europe for the same reason the Hyundai Kona became the Kauai in Portugal. Its third generation was praised for its practicality, but its rear hatch was a chronic issue in Europe, Brazil, and countries that followed the Japanese design. 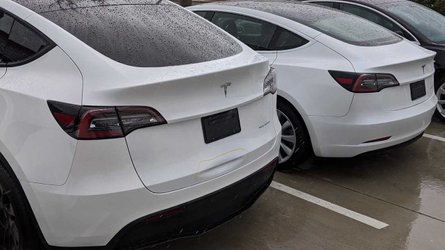 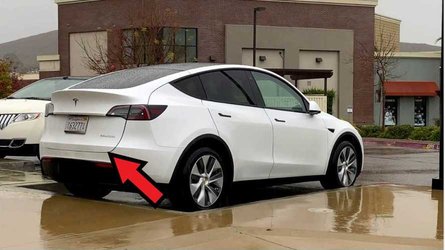 In these places, the rear bumper sat too low, and the rear hatch edge was too close to the bumper’s. Anything that touched the rear bumper would do the same with the rear hatch. While the plastic would briefly deform and probably get back in place by itself, the steel would only deform, demanding an expensive repair.

The U.S. was not affected by that probably due to safety regulations since the third-generation Fit was always sold there with a more protuberant rear bumper. In the 2017 facelift, the bumper used in the U.S. was adopted in the places where the car had the rear hatch issue. The change minimized the situation.

Quatro Rodas, the biggest Brazilian car magazine, posted an article about the problem and explained why it happened back in 2018.

That was also a fertile terrain for jokes about the car. In the Jeremy Clarkson da Depressão – something like Depressed Jeremy Clarkson – satirical Facebook page, the image below says there are two certainties in life: death and that you will see a bumped Fit every day.

The many cases of rear hatch damages even inspired an Instagram page called Clube do Fit Batido, which translates to “Wrecked Fit Club." Even if you do not speak Portuguese, you may get a laugh checking out the images.

Regarding the Palio, it was designed by I.DE.A Institute to be what Fiat called its first “world car.” The fact that it was only sold in emerging countries made it be called a “third world car.” Although it had a pleasant appearance, its rear hatch was even worse than the Fit’s: it went further rearward than the bumper in the region right under the rear glass.

That made any Palio that hit a pole or a wall when reversing get that part affected before the bumper was ever reached. The newspaper Folha de S.Paulo wrote back in 1998 that the businesswoman Adriana Monteiro hit her Palio precisely in that way. The article was part of a test conducted by the newspaper to show which subcompact hatchback sold in Brazil presented more damages. The Palio was the most affected one.

Many more people than Monteiro had the same issues. That is what led to the creation of the Tumblr “Mais Um Palio Batido” – “Another Bumped Palio” – from which the picture below comes.

If you check the Tumblr page by clicking on the link above, you’ll notice how many cars had the same issue, almost exactly in the same spot.

With so many bad experiences before, automakers would have probably already learned the lesson, right? Go ask not only Tesla but also GM. Quatro Rodas also showed, back in February, what may happen to the new Tracker, the Brazilian, and Chinese version of the Trax.

Check the rear of the new car without being hit: its rear hatch is also pretty exposed. Just like the Model Y’s.

We are not sure if the US will have the new generation Trax or if it will stick with the Trailblazer, which is already for sale. Have a good look at it below. The rear hatch is also prone to damages if you ever reverse into a pole or a wall, even in a light way. Fender benders will also be very costly to repair.

Does it ease our minds that the Model Y has the same design flaw other automakers already did or still do with their cars? Not really. We just hope the rear camera and other driving aids help avoid these accidents on the Tesla. If they happen – and they will – get ready for the bill.