Japan’s second-largest automaker is now looking for a partner (or partners) with more advanced EV tech in order to advance its own.

Honda was among the pioneers of hybrid powertrain tech, along with Toyota, but just like its main local rival, it too has now fallen behind other automakers that have invested massively in fully-electric vehicles. Now in order to make up for the head start that others have gained, Honda’s new CEO wants the automaker to team up with another company that has more experience.

Toshihiro Mibe, who was appointed Honda CEO in April of this year, is a former R&D boss for the manufacturer and he helped the manufacturer maintain its relationship with General Motors. He therefore has experience keeping partnerships between automakers going, and he would like to set a new one up with an automaker that has more advanced EV tech, according to Automotive News, in order to advance its own.

Mibe wants Honda to go fully-electric by 2040, although its larger vehicles may actually have a hydrogen fuel cell, not a big battery to store electricity. Right now, Honda only has one EV on offer, the Honda e, which is only available in Europe and in spite of its great design and many qualities, it’s not popular because it has a low range; the manufacturer has announced plans to launch 10 new EVs in the next 5 years.

Now the question regarding which manufacturer Honda may team up with to accelerate EV development has not yet been answered. The logical step would be for it to join forces with another Japanese automaker - representatives of all the major Japanese automakers have already begun cooperation talks under the umbrella of the Japan Automobile Manufacturers Association (JAMA).

But before any additional links with automakers are made, Honda plans to expand its partnership with General Motors. The stated goal of the Honda - GM partnership is to jointly develop vehicles for North America based on a common platform, as well as share electrified, electric or ICE powertrains.

Honda has also strengthened ties to other automakers, especially Mazda and Subaru, but also Ford and Volkswagen and this is specifically focused on electric vehicles and autonomous driving tech.

When asked about Honda’s strategy alongside GM for North America, Mibe said

We feel there's a rush to electrification, particularly after Mr. Biden took office. But it's still going to take some time. So we don't want to focus too much effort onto it right now and wear ourselves out.

At this point, I don't think we should be doing it alone. We should team with partners like General Motors and then build to a certain volume to ensure business feasibility. That's the strategy we have for the initial period in North America. Once we reach a certain volume, we will consider rolling out Honda original products. And not just EV products. 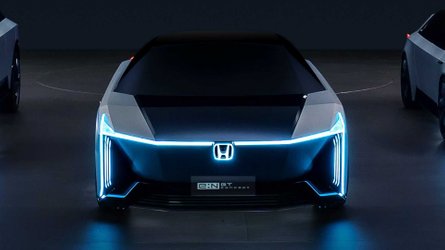 Honda: Only Electrified Vehicles Sales In China By 2030
⠀ 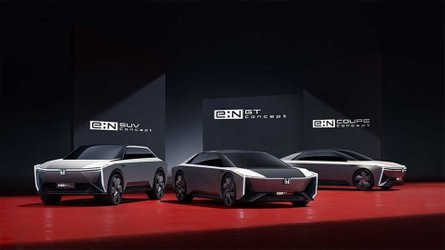