Rawlinson believes Lucid's rise proves it is now being valued more like Tesla and less like a conventional carmaker.

Rivian’s market capitalization shot up following the IPO, with the EV startup valued at approximately $140 billion as of November 17—more than the VW Group and behind only Tesla and Toyota.

That is remarkable and unusual for a company that has only built 200+ vehicles in its entire existence. But Rivian is not the only EV startup whose shares have exploded in value recently.

Lucid Group is in a similar position, currently being valued at just over $86 billion (Nov. 17). That makes it the eighth largest automaker by market capitalization, just behind General Motors (7th) and above Ford (9th).

What does CEO Peter Rawlinson think about that? Well, he believes Lucid can perhaps be valued similarly to industry leader Tesla. He and CFO Sherry House told CNBC on Wednesday that Lucid’s recent rise is proof the company is now being valued more like Tesla and less like a conventional carmaker.

Rawlinson noted that the sky is now the limit, although a lot depends on whether Lucid Group can bring its plans to fruition or not.

“I think the sky’s the limit in terms of valuation, but it’s all about execution. It’s all about execution, it’s all about scaling volume. And that’s my focus. And I think the share price lookup as a result. I feel great about our stock price. The run-up that we’ve had, where it is today and also the growth trajectory, frankly, that’s in front of us. I see that we’re being regarded as a technology company with a platform that’s extensible across lots of vehicle variants and sustainable tech.”

Lucid Group’s stock price is up by over 80% since the company went public via a SPAC deal earlier in 2021. Shares have risen significantly over the past couple of days after Lucid announced it has more than 17,000 reservations for the Air luxury EV. Despite that, Lucid's valuation is still far below Rivian (about $140 billion) and Tesla (+$1 trillion).

As with Rivian, Lucid has only built a handful of vehicles and has delivered only a few Air sedans so far, though it is looking to increase output in 2022 to 20,000 units.

Rawlinson remains optimistic and says the company accomplished its goal to make “the best car in the world.” The $170K luxury EV, which offers an industry-leading 520-mile range, has just won the prestigious MotorTrend’s Car of the Year award.

“I think the world recognizes we’ve got an amazing product. I think everyone realizes what I’ve been promising would be the best car in the world. It’s true. It’s happened.” 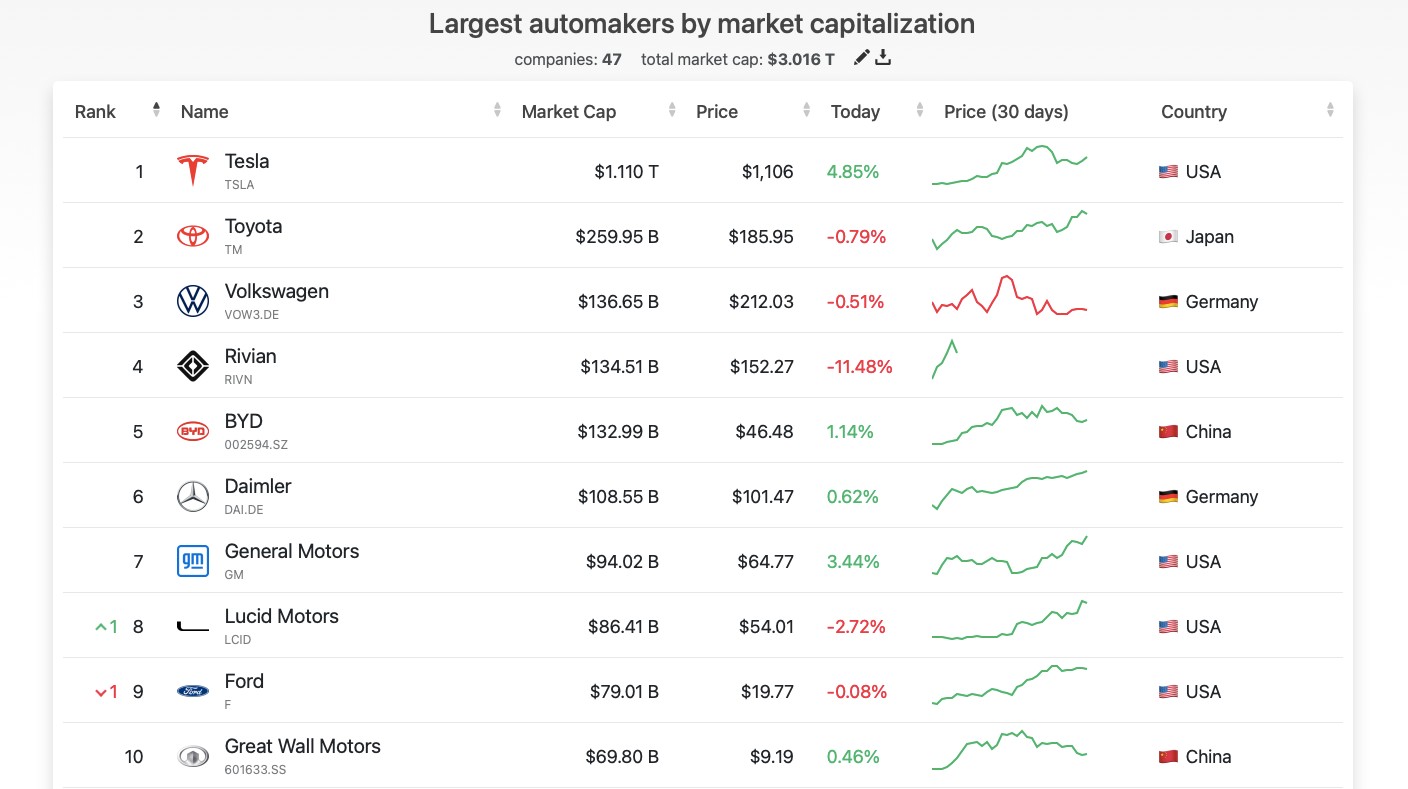 Check out these Lucid Air reviews