Rivian Is The World’s Third Most Valuable Automaker, Passes VW

The electric vehicle manufacturer has just started delivering its first vehicles and its value has already gone through the roof.

Volkswagen used to be the third-most valuable automaker in the world after Tesla, but now it’s slipped into fourth position, being overtaken electric truck manufacturer Rivian, whose valuation went up by 15.6 percent yesterday. The company based in Irvine, California is now valued $151.95-billion, while second-place Toyota is valued at $262.02-billion and fourth-place VW has a market cap is now $139.52-billion.

BYD is in fifth place, with an estimated market value of $133-billion, followed by Daimler with $108-billion, GM with $91-billion and, in eighth place, Lucid with $89-billion.

Electric vehicle startup market caps shooting up to seemingly unbelievable levels is no longer as surprising a development ever since Tesla became the world’s most valuable automaker, even though by sales volume, it lags far behind established players like Volkswagen, Toyota, Daimler or Stellantis, all of which are now several times less valuable. 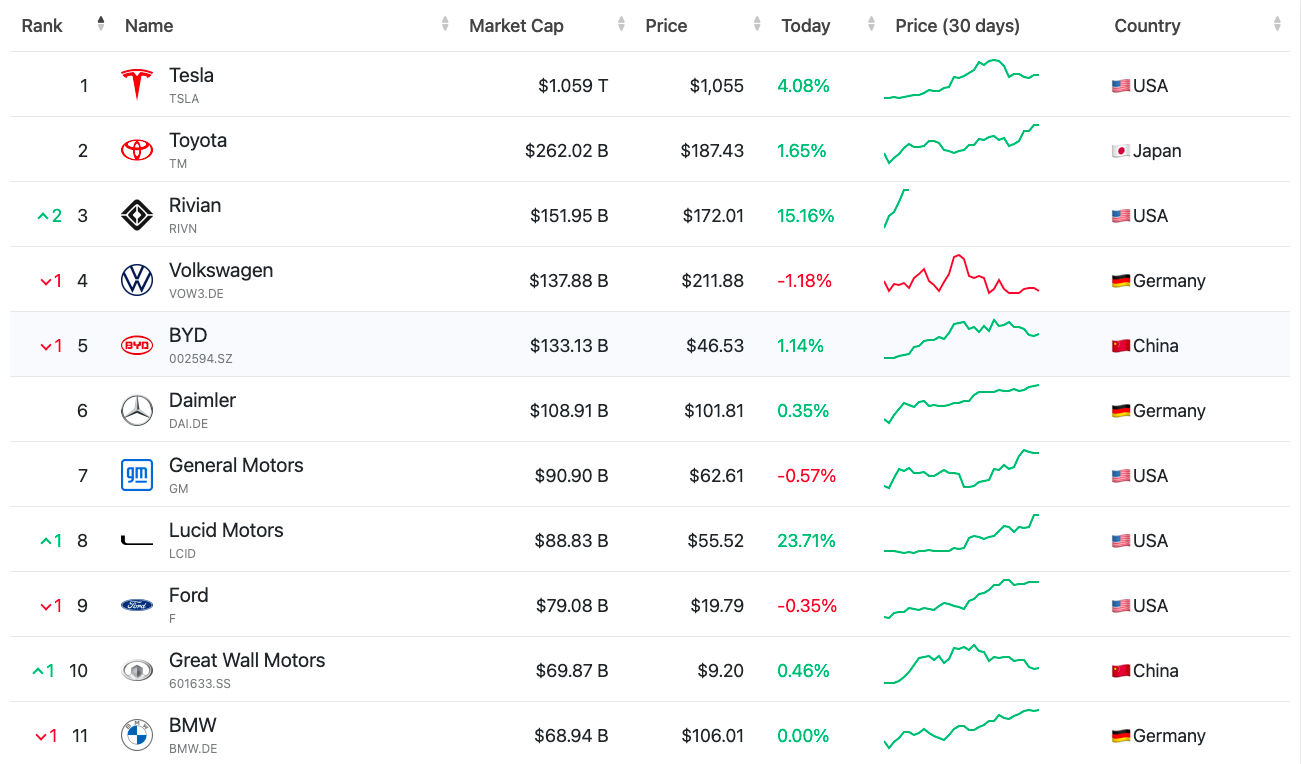 But sales volume plays little part in an automaker’s valuation, more important being the continual growth that a manufacturer has (preferably above analysts’ predictions), how much money it makes per vehicle, which is why we’re going to see more similar automakers climb up the value ladder. Today it’s Rivian, but other EV startups are also on the ascent.

Further down the tables on companiesmarketcap.com, right now we have Nio in twelfth place (right below BMW), valued at $66-billion, in sixteenth place XPeng valued at $44-billion, while nineteenth place is occupied by Li Auto valued at $34.6-billion and placed above Geely.

As for the near future, Rivian won’t pass the second-place automaker, Toyota, any time soon, since its valuation is $262-billion (and it too has been on the upswing recently), while Tesla has passed the $1-trillion mark and all forecasts see its climb continuing in the foreseeable future.