Mercedes-Benz EQS and Porsche Taycan were among the finalists.

Lucid notes that it's the first instance in which the initial product from a new automotive brand has been awarded the "Golden Calipers."

It means also that the Lucid Air repeats the achievement of the Tesla Model S, which in December 2012 was announced as the 2013 Motor Trend Car of the Year, right after the launch in mid-2012.

According to MotorTrend Car of the Year, the Lucid Air excels in six key criteria - efficiency, value, advancement in design, engineering excellence, safety, and performance of the intended function - evaluated by the judges.

Especially the efficiency appears to be something that stole the show, as Lucid Air is one of the most efficient cars ever with energy consumption as low as 4.6 miles per kWh EPA (Grand Touring version) and 4.4 miles per kWh EPA (limited Dream Edition Range version). With a battery of up to 118 kWh (Dream Edition) it allows to achieve a range of up to 520 miles (837 km) on a single charge according to the EPA test methodology.

More about the award:

"Earning this coveted distinction for Lucid Air, our very first car, is a resounding endorsement of our ability to deliver the most advanced electric vehicles in the world. Our objective of achieving range through efficiency and technical innovation is crystallized in Lucid Air, and we're elated that this effort has been recognized by MotorTrend against such formidable competition from well-established automakers."

"With the longest driving range of any electric vehicle on the market, an EPA estimated 520 miles, and over 1,100 horsepower available, the Lucid Air is a technological tour de force. The sleek futuristic Lucid Air sedan looks like nothing else on the road, while its gorgeous, smartly-packaged interior sets the standard for the next generation of luxury cars. Against our award's criteria, there could be no doubt—the Lucid Air is MotorTrend's 2022 Car of the Year."

Lucid started customer deliveries of the Air Dream Edition on October 30, 2021. Currently, deliveries are spreading across the country. 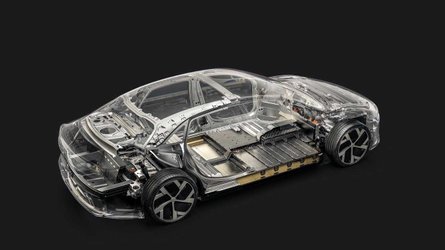 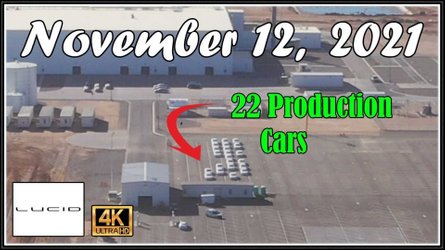 Lucid Air Production Cars Spotted At The Lucid Plant In Arizona
By: Mark Kane
++
++
Got a tip for us? Email: tips@insideevs.com