First Lucid Air Dream Edition cars were handed over at the Dream Delivery event in California.

As promised, today Lucid has officially started the first customer deliveries of the groundbreaking and luxurious Lucid Air model, which is the longest range electric car ever produced.

The initial limited Dream Edition will consist of 520 cars (which equals the 520 miles/837 km of EPA range).

We are not sure how many units will be handed over on October 30, but the photos indicate that there might be a double digit number.

"No longer just a Dream. The very first members of the #LucidOwnersClub are here to take delivery of their Dream Editions."

Lucid CEO Peter Rawlinson said: “This is a big day. We always said until we’ve handed cars to customers, we haven’t achieved a damn thing.”

Let's take a look at the first reports from the event:

The production of the Lucid Air started on September 28 in Casa Grande, Arizona. At the time, the company had over 13,000 reservations.

Besides the top of the line Dream Edition series (available in a Range or Performance version), Lucid offers also the Air Grand Touring at a $30,000 lower price tag. Two more, less expensive version - Air Touring and Air - are expected to follow. 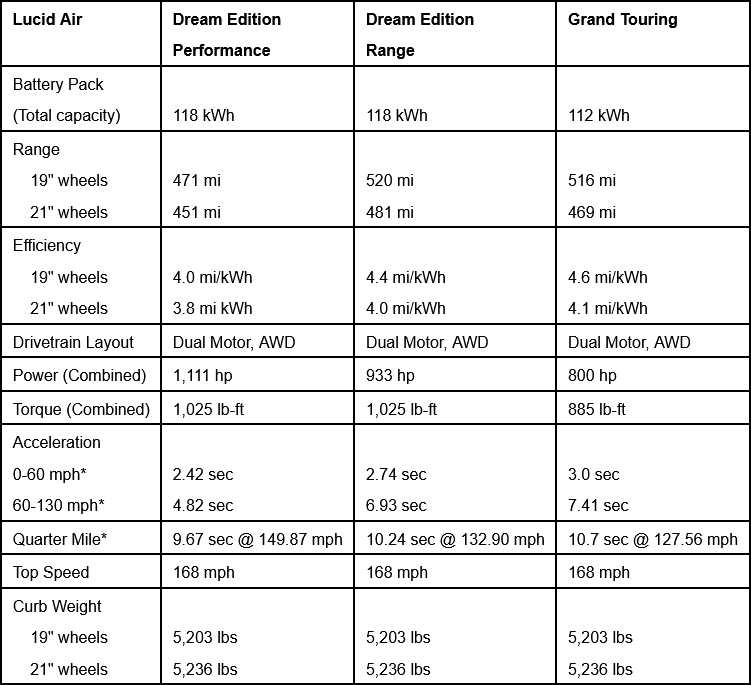