Tesla notifies its customers in South Korea about the new CCS Combo 1 adapter for its proprietary charging standard (used also in North America and a few other markets).

The adapter would allow to charge the cars at publicly available CCS Combo 1 fast chargers, like the recently launched E-pit ultra-fast charging network.

The introduction of the CCS1 adapter in South Korea was expected in 2020, but it didn't happen, possibly due to some kind of delay.

According to the report by Reddit u/Kanzaki_Mirai (via Electrek), the adapter will be (at least initially) compatible only with the Model 3 and Model Y. Price of the device will be 299,200 KRW (about $250) and sales will start later this month.

10/19 (Tuesday): Sales to owners with preferential purchase tickets (to be announced separately)

The CCS Combo 1 adapter can only be used with Model 3 and Model Y.
It cannot be used in Model S and Model X, and when compatibility analysis with domestic charging infrastructure is completed, information on the release will be provided at a later date.
Sale price: 299,200 (tax included) about $250USD"

We assume that South Korea is not an exceptional market and North America, and a few other markets where Tesla uses its proprietary charging connector, soon will also get the CCS Combo 1 adapter.

The availability of CCS1 adapter would allow the U.S. customers to use general charging networks like Electrify America and EVgo or ChargePoint.

The question is, what about the older Model S/Model X - will those cars have to stick with the proprietary connectors only (plus CHAdeMO adapter)?

In Europe, Tesla has offered a CCS2-Tesla (Type 2 inlet) adapter since 2019 (it's cheaper since Summer 2020) for all Model S/Model X, which have a charging inlet (for AC and DC charging) compatible with the Type 2 charging standard.

The Model 3/Model Y are natively compatible with the CCS2 charging standard so they don't need any adapters.

To handle both types of inlets, Tesla has retrofitted its Supercharging network with CCS2-compatible plugs.

Opening of the Supercharging network to other EVs

Another topic is when will Tesla open the Supercharging network to other EVs, which was officially announced in July.

In Europe, where there are CCS2-compatible Superchargers, the company can simply us an app to launch the service.

In North America, there will be a necessity to introduce another adapter - from the proprietary plug to the CCS1 inlet. 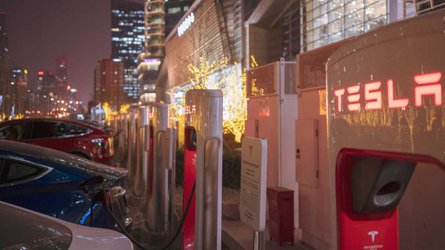 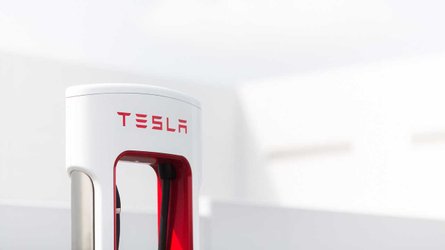 Tesla Launches First Supercharging Stations In Africa
By: Mark Kane
++
Got a tip for us? Email: tips@insideevs.com