A much-anticipated follow-up to the recent Model Y Vs Mustang Mach-E comparison and racing teaser.

You may remember, not long ago, we shared a preview of a Tesla Model Y versus Ford Mustang Mach-E comparison and drag race. It was put together by Minimal Duck in partnership with The Kilowatts. Now, we have two videos that provide an entertaining follow-up as promised.

The Kilowatts are fairly new on the scene, though they've gained plenty of popularity over a short time due to their active presence on social media. These guys are constantly out in the field getting spy shots, revealing leaks, and putting together nice video content, often in partnership with friends.

Arash Malek, a friend of The Kilowatts who goes by the YouTube name of Minimal Duck, is a cinematographer. While The Kilowatts seem to focus more on getting the wealth of information out, Minimal Duck has a talent when it comes to making things artsy. He has a large number of videos on his channel at this point, and they're all relatively short, and packed with nice camera work and lots of eye candy.

About a week ago, The Kilowatts released the final Model Y vs. Mach-E racing video. Interestingly, they titled it "The Traffic Light Grand Prix," which made us all more eager to check it out.

These guys are currently in the process of conducting a long-term ownership review of the electric pony. Part of that process includes off-the-line acceleration testing and drag races. The Kilowatts hope to culminate their coverage with a Mustang Mach-E GT racing a Model Y Performance, but we'll have to hold tight for a while before that becomes a reality.

The video at the top of the page is Minimal Duck's final presentation of the actual race. We thought we should point out, in case you don't catch it, it's Vlog 69 and the running time is 4:20. We've embedded The Kilowatts related video below.

You can also read the original article with the previous teaser for more details by following the link below.

Have A Look At These Related Model Y Vs Mustang Mach-E Articles: 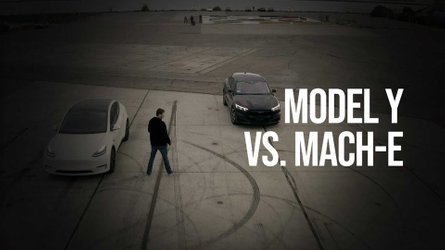 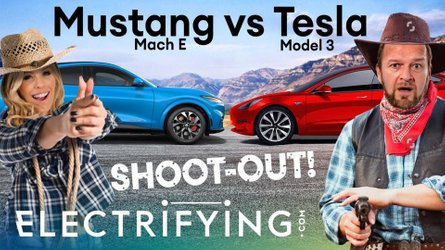 Check it all out and then leave us a comment.