You'd think that a half a million-dollar Rolls-Royce would top the list of the most desirable luxury cars in the world, but it didn't.

When people think of Rolls Royce, Bentley, and Aston Martin, extreme luxury, opulence, and powerful engines come to mind. These three automotive brands are the pinnacle of luxury, and they sell some of the most expensive vehicles in the world. However, in a recent study done by UK-based Money, the Tesla Model S topped the list of the most desirable luxury car in the world.

This might seem surprising to some because many don’t consider Teslas as luxury vehicles due to their lack of wood veneers, expensive animal hides, and champagne mini coolers. But most overlook that because Teslas are some of the most advanced vehicles in the market. And this study proves it. 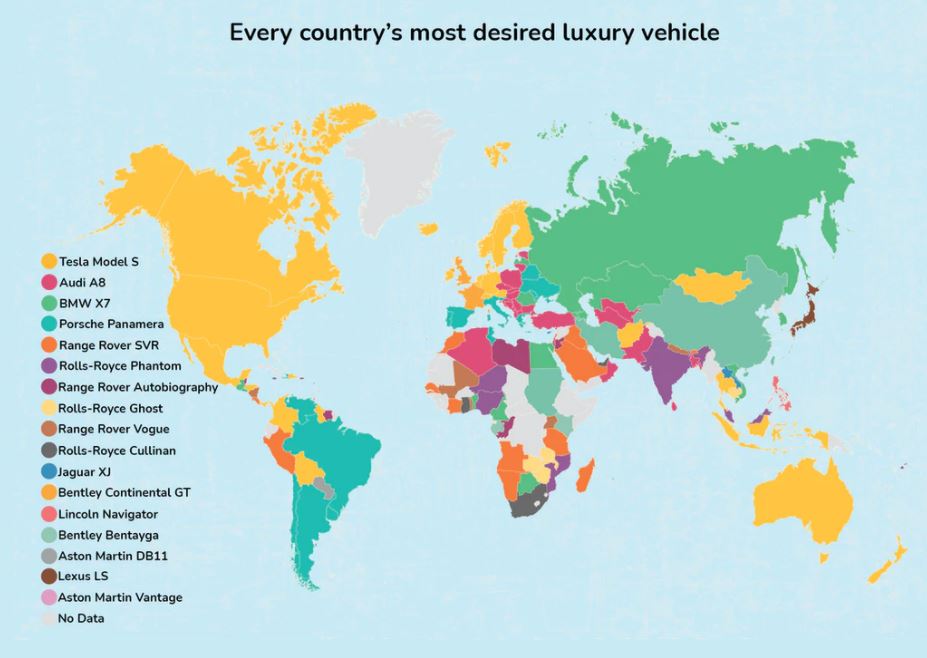 Using Google data and Ahrefs, the company mapped the most searched luxury vehicles in 148 countries. The Tesla Model S topped the list in 29 countries including the United States, Germany, Norway, Mexico, Australia, and some surprising ones like Bolivia, Mongolia, and Afghanistan.

The Audi A8 was second with 22 countries and the BMW X7 took the bronze medal with 19 countries. The Rolls Royce Phantom was 6th on the list with 10 countries, and the Bentley Continental GT ranked 10th with only 3 countries. The Model S was the only Tesla on the list.

One likely reason for the success of the Model S is its price tag in comparison to the others on the list. Currently, the base Long Range model starts at $79,990, with the top Plaid+ starting at $139,990. Rolls Royce and Bentley models start at about twice the price of the Plaid+ or more.

Starlight headliners and reclining seats that massage you are nice, but so is a car that can get OTA updates and almost drive itself. It looks like consumer interests are changing. 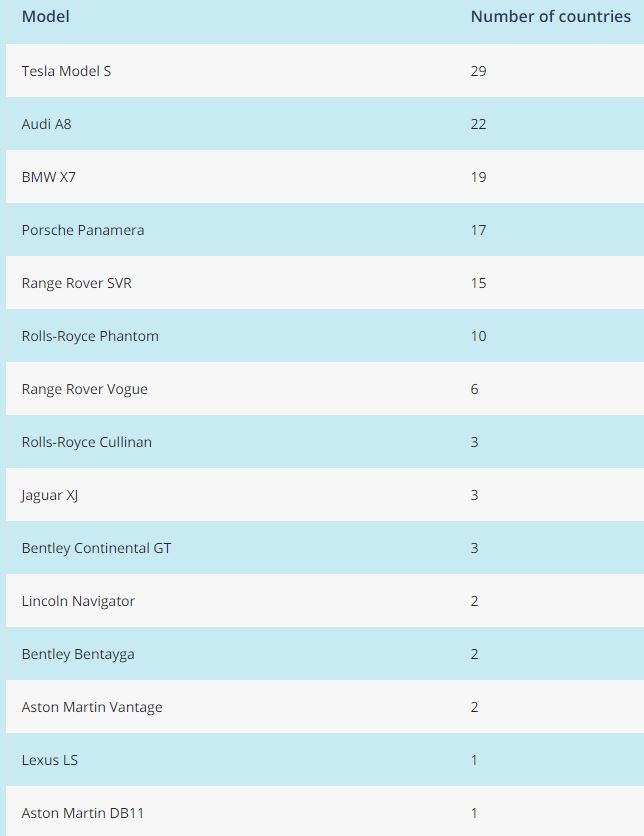