Tesla can still dispute the need to do it, though.

Back on June 24, 2020, we told our readers that NHTSA started an investigation on the MCUv1 issue. It took a while to hear from the agency, but it sent Tesla a letter on January 13, 2021, requiring the company to do what thousands of customers all over the world have been asking for quite a long time: a recall of all 159,000 units of the Model S and Model X equipped with that infotainment system.

NHTSA’s investigation concluded that the MCUv1 contains “a defect related to motor vehicle safety.” More specifically, “because the eMMC NAND flash devices have a finite lifespan based upon the number of program/erase (P/E) cycles, after which the MCU fails due to memory wear-out.” Although we have counted 159,000 cars, NHTSA mentions "about 158,000," possibly because it refers solely to the cars on American soil.

According to the agency, Tesla said that, in “vehicles equipped with the NVIDIA Tegra 3 processor with an integrated 8GB eMMC NAND flash memory device, the eMMC NAND cell hardware will fail when reaching lifetime wear.”

The letter does not make it clear if NHTSA came to this conclusion or if it was Tesla that gave it this information – which seems more probable – but there’s an estimation of a “daily cycle usage rate of 1.4 per block.” At that pace, the limit of 3,000 P/E cycles “would take only 5-6 years.” Owners affected by the issue claim it happens much earlier, after 3 to 4 years of use.

Regardless of that, NHTSA says that “the expected life of a vehicle generally far exceeds 5-6 years of service” and that “a 5- or 6-year life expectancy for a component integral to providing the driver with safety functions is insufficient,” hence the recall request.

Although some people claimed that the car was perfectly drivable with the failures, NTHSA said that the defect causes “loss of rearview/backup camera,” “loss of HVAC (defogging and defrosting) setting controls (if the HVAC status was OFF status prior to failure),” and “affects the Autopilot advanced driver assistance system (ADAS) and turn signal functionality due to the possible loss of audible chimes, driver sensing, and alerts associated with these vehicle functions.”

Apart from mentioning the cause and the implications of the defect, NHTSA also listed all recalls carried over for increasing the risk of crashes.

The lack of backup images for the rear camera caused nine recalls since 2017. The lack of defogging and defrosting for the windshield made 13 automakers call their cars back for repairs since 2000. Finally, alert and sensing issues on ADAS and turn signal problems were responsible for nine other recalls since 2000 as well.

While affected owners must be happy with the news, the own letter warns that this is just a request. Tesla may dispute the need to recall the cars by sending NHTSA a letter with the reasons for that until January 27.

The implications of such a recall are huge. Many owners had to replace their MCUv1 units on their own. Most of them will probably ask for a refund for the defective part. Some of them replaced it twice, which is something else the NHTSA should focus on: replacing an MCUv1 with another one will just postpone the issue.

After Elon Musk promised to offer the upgrade on March 27, 2018, the MCUv2 upgrade was offered to customers on March 3, 2020. The recall may also impact the clients that made this upgrade to avoid the MCU problem. They are probably also subject to a refund. 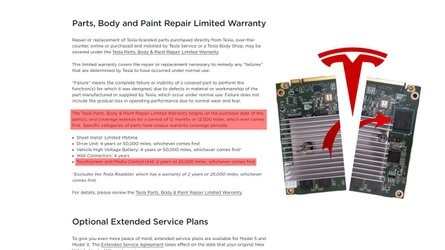 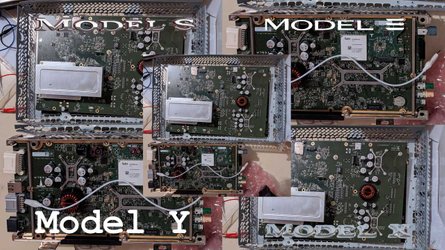 Customers in other countries had the same issues with the Model S and Model X. Tesla should apply the recall to all clients worldwide if it has to comply with it in the US. Anyway, the precedent from the suspension recall it had to do in China is that the company will deny the need to do it in other markets.

On top of all that, there is also a concern about how Tesla will deal with discarded MCUs. InsideEVs has revealed many of them end up on eBay and other classified ad websites, exposing their previous owners’ passwords and personal data in the US and abroad. If Tesla does a recall, it has to erase all the data in these computers before they are recycled or just thrown in garbage bins. We promise to follow this closely.