Do the drag slicks help or hurt Tesla's performance times?

The Tesla Plaid Channel owns a Tesla Model S Performance that it picked up last year. It also just placed an order for the Model S Plaid. If you're interested in Tesla track time, the channel has you covered, with new races every week.

This week, it shares 15 new passes to compare different tires. The Tesla owner says he picked up a set of lightweight 19”x10” rims for some Mickey Thompson Street SS Drag Radials last year for the Model S. After testing them on the car, he learned that they actually slow it down a touch due to the weight and rolling resistance. Plus, the stock Michelins don't typically have an issue with traction in good conditions.

With that said, Tesla's recent software updates adds at least 50 horsepower to the car, in addition to the new 'Cheetah Stance.' Interestingly, with launch mode on, this Tesla owner lost traction on occasion, which resulted in slower times. Perhaps the Mickey slicks will marry well with the updated software?

In order to find out, he ran six passes with the slicks and eight passes with the stock Michelins. In addition, the Model S owner spoke with the Mickey Thompson tech team about the recommended psi for the slicks based on vehicle weight. They told him the range was 16 to 20 psi. However, he felt the tires were mushy and under-inflated at 18 psi, so he cranked them up to 25 psi and pulled off one outstanding run. 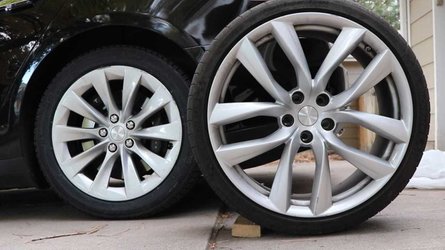 Choosing The Best Winter And Summer Tires For Your Tesla 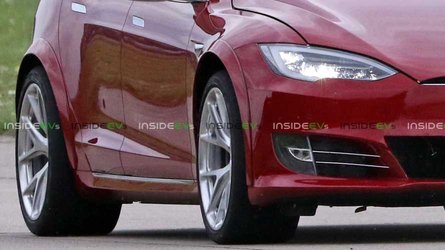 In the end, the passes with the slicks proved inconsistent. The traction control light flashed from time to time, which he's never experienced with the Michelins on. Some trap speeds were under 100 mph, which is never the case with the stock tires.

Since Tesla's issues at the track are almost never due to traction, the slicks are probably not worth it. However, that may not be the case with the Model S Plaid. We'll have to wait and see. The early Model S prototype wore massive rubbers, but that's not what appears to be on the production car.