This Tesla Model S-Based Hearse Has 220 Miles Of Range 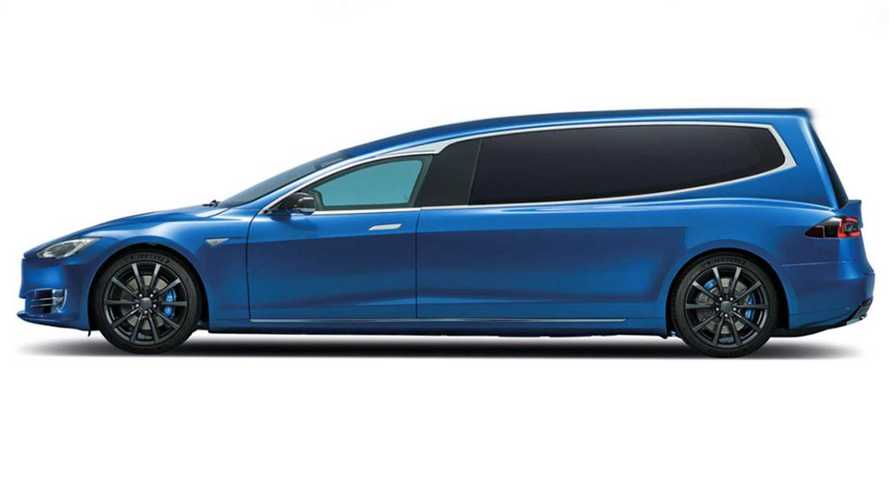 Coleman Milne, the company that imports it into the UK calls it ‘ The Whisper Hearse.’

Coleman Milne is a funeral car and limo specialist based in the UK and it just announced that it will be selling a Tesla Model S-based hearse - it has unsurprisingly been dubbed ‘ The Whisper Hearse’. In case you feel like may have seen this slightly bloated looking wagon before online somewhere, it’s because you probably have - it’s the Binz.E built in Germany by Binz.

Now the Binz.E will be sold in the UK through Binz’s partnership with Coleman Milne. The vehicle itself is essentially just a Tesla Model S, probably a lower spec model like a 75D, which is stretched to fit the purpose; the range is said to be 220 miles (350 km).

Its wheelbase is stretched to 3.8 meters (149.6 inches) and its total length grows to 5.819 meters (229 inches). It is pretty much the same size as the regular Binz hearse, which is based on a Mercedes-Benz E-Class.

And in case you were wondering why go to all the trouble to make such an eco-friendly hearse, well, it’s because European cities are increasingly starting to impose charges for ICE vehicles in urban centers. All electric vehicles are exempt from said charges, so they’re doing it specifically for use in cities where such charges are imposed (London is a great example of a city where you have to pay to drive your gas- or diesel-burning vehicle into the center of the city).