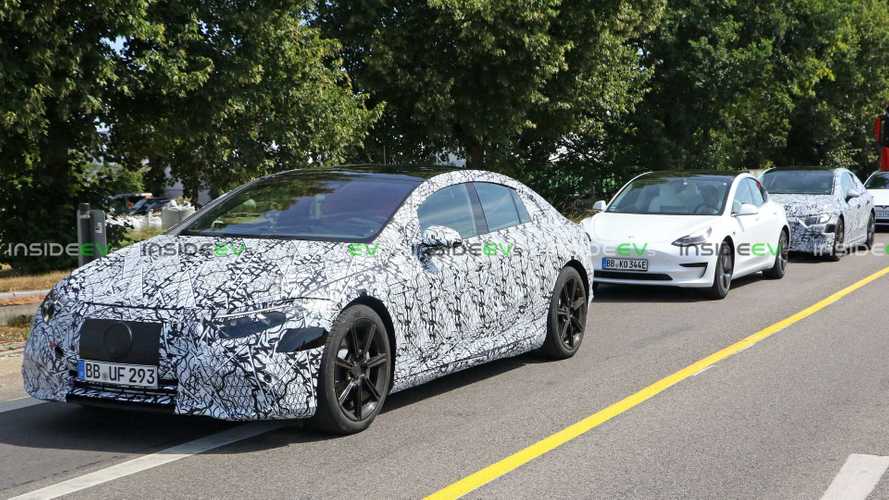 We finally get to see the actual body shape of the upcoming flagship electric Mercedes sedan.

Mercedes-Benz will launch its flagship electric offering, the EQS, in 2021 and it’s a model that has the potential to really shake up the segment. Unlike Mercedes’ current EV offering, the EQC, the EQS will be built from the ground up as an electric car, and if we look at the latest batch of spy photos, it’s going to be quite a looker.

The Vision EQS concept won a lot of praise when it was unveiled at the 2019 Frankfurt motor show. And even if some details were a bit too extreme to make production, we’re pleased to report that the series EQS will stay relatively true to the study that previewed it.

In the latest photos showing a camouflaged prototype undergoing testing in Germany, we can finally get a better look at the production EQS’ lines. Previous covered prototypes had padding under the camo and they hid their true form really well.

Aside from showing the EQS more clearly than we’ve ever seen it before, these shots also reveal that Mercedes is indeed benchmarking its EVs against Teslas. In the set of shots provided by our spies, we see an EQS (and maybe the smaller EQE), but also two white Teslas: a Model 3 and a Model S.

Will Mercedes really challenge Tesla with its EQs?

The EQS will become Mercedes’ most expensive electric vehicle on offer, and it will definitely be more expensive than a Tesla Model S (whose direct rival will probably be the slightly smaller EQE). Mercedes will also make one or more higher riding EQ models too, namely the EQA, EQB, (an all-new) EQC and maybe an EQE too.