Does Tesla's cheapest car stand a chance against the brawny, performance-oriented Jeep Trackhawk?

Jeep calls the Grand Cherokee Trackhawk the world's quickest SUV. However, somehow in its marketing campaign, it overlooked the Tesla Model X. The Jeep boasts a 707-horsepower 6.2-liter V8 engine with 650 pound-feet of torque. It's the same setup found in the Dodge Charger and Dodge Challenger SRT Hellcat models. It can rocket the Jeep from zero to 60 in a mere 3.5 seconds.

Forza Tuning & Performance pits the gas-powered performance SUV against the Tesla Model 3 Performance, which, according to Tesla, can hit 60 mph in just 3.2 seconds (the Model X Performance does it in 2.6). To make it even more difficult for the baby Tesla, this particular modded Trackhawk is said to have a whopping 1,100 horsepower. 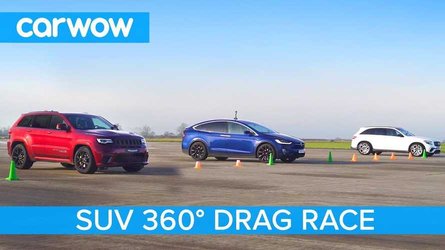 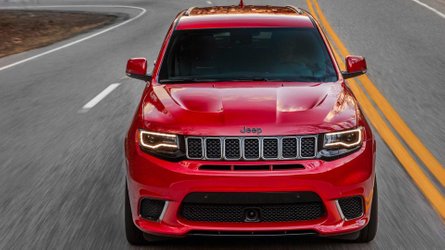 As you'll see, the video starts with an introduction of the Model 3. It actually turns into a mini-review of the car, which seems to be an attempt to build up anticipation of the drag race at the end of the video. Forza is clearly impressed with the Tesla as it highlights the car's unique features. If you've seen enough Model 3 reviews, you can always scroll ahead to the race, which starts around the 9:50-mark.

Despite the Trackhawk's immense horsepower, the Model 3 beats it off the line. In addition, it stays ahead for some time. The Trackhawk's tires spin initially, and its best results aren't necessarily repeatable, as pointed out by Forza. However, after about 60 mph, the Trackhawk hits its sweet spot and surges ahead. Check out the video to see it all go down. Then, scroll to our comment section below and leave us your thoughts.