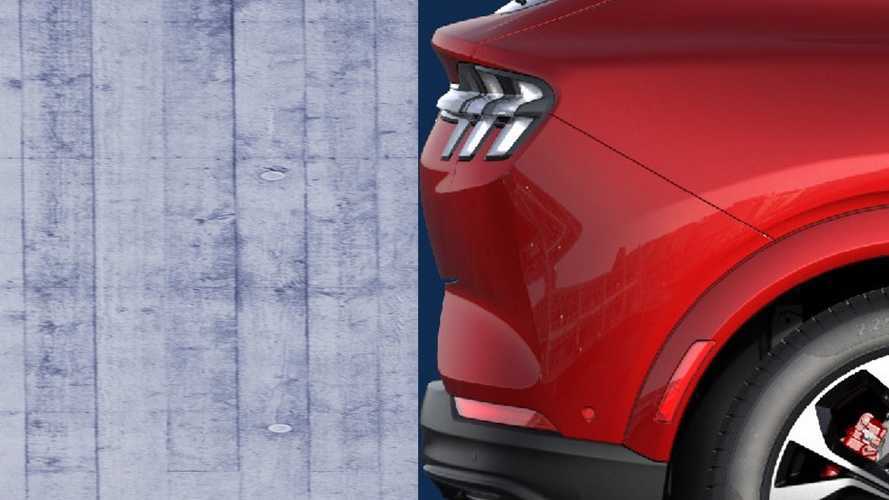 What if all other modern SUVs also follow this design just because it may be allowed.

Tesla advocates usually get mad when our articles point to issues in the company’s cars. Apart from the usual bashing, a few arguments are worth consideration, such as one related to the Ford Mustang Mach-E. One of these guys said it had the same design flaw we pointed out for the Model Y. And he was right, as the pictures in this article clearly show.

Only a few members in our team had the chance to check the Mach-E in person as it is still not for sale, which makes confirming that more difficult. Despite that, what we can see is a car that has the rear extreme of its tailgate at the same distance of the extreme of the rear bumper – hopefully. The worst-case scenario is if the tailgate extends rearwards beyond the bumper, as the Fiat Palio did.

More On The Design Flaw That Threatens Tailgates:

If things are not that bad – as they don't seem to – and the car reversed on a wall (or a pole), both surfaces would touch it at the same time. The plastic bumper would bend. The metal tailgate would deform, creating a dent that would demand a costly repair.

Checking the FMVSS 581, it states the following:

This standard applies to passenger motor vehicles other than multipurpose passenger vehicles and low-speed vehicles as defined in 49 CFR part 571.3(b)."

We went after the legal definition for “multipurpose passenger vehicle” and we found one from the Legal Information Institute of Cornell Law School. It says that these automobiles are the ones that carry ten passengers or less and that are built with a body-on-frame structure “or with special features for occasional off-road operation.”

Which would be the “special features” required for off-road that would exempt a vehicle from FMVSS 581? All-wheel drive? Ground clearance above a certain level? A crossover appearance? None of that seems to be included in the regulations, which creates a legal limbo that only benefits automakers, not the consumer.

The IIHS (Insurance Institute for Highway Safety) wrote a fantastic article back in 2007 for its newsletter, Status Report. It was probably one of the last rear bumper tests performed by IIHS. Regrettably, it showed how the 1981 Ford Escort, which had to comply with the stringent 1976 standards (rolled back in 1982 by the Ronald Reagan administration), performed better than any of the more modern cars on that test.

We talked about this when we brought up the issue of NHTSA not making sure cars comply with its regulations. Ford had not given us any explanation on the Fusion until now. Here’s what it had to say about whether the sedan complied with FMVSS 581:

“Ford conducts vehicle testing and validation to ensure the Ford Fusion complies with all US FMSVV requirements. In the US, NHTSA requires that we test for compliance and provide information if it is requested.”

If NHTSA does not do it, we did. Ford declined to provide evidence of what it claims:

That said, you basically have to rely upon Ford’s word that its vehicles comply with all federal regulations: there is no official confirmation of that. At least that is better than GM, which did not reply to our questions about the Trailblazer since April.

When we spoke to Ford specifically about the Mach-E, the company’s reinforced that it believes the FMVSS 581 does not apply to its EV:

“The Part 581 compliance requirement is only applicable to passenger sedans in the US. The Mustang Mach-E is an SUV and it complies with all required Federal Motor Vehicle Safety Standards.”

If it does not apply to the Mach-E, what does? Joseph Young, director of Media Relations at IIHS, says this is something the institute has been trying to solve for years.

"The federal bumper standard has never applied to SUVs or pickups, though IIHS has occasionally petitioned without luck that it be changed to include these very popular vehicle types."

Does that mean there is no bumper standard for SUVs?

"That’s correct. The attached document provides some background information on our efforts to close this regulatory gap. The government’s longstanding concern has been that applying the same bumper standard as cars would affect the ability of SUVs and pickups to drive off-road or easily access loading ramps. There have, however, been voluntary efforts to lower the energy absorbing structures of SUVs (which likely has resulted in lower bumpers in many cases), so we’ve seen crash compatibility between cars and SUVs improve in recent years. You can read a bit more about that here."

The document Young mentions is a 2010 letter to NHTSA mentioning a petition made in July 2008 to include SUVs and pickup trucks on FMVSS 581. Twelve years later, nothing changed about that.

Summing up, SUVs could come without rear bumpers and they would still follow the law because there is none. How do SUV owners know they will not have tailgate damages because the rear bumper does not protect that component as it should? Well, they won't. Not while car buyers do not demand that his situation changes. Meanwhile, all that is left is paying attention to the car design and choosing one that will not make you pay extra in case of a mistake.

We have asked Ford about this lack of standards, but IIHS already answered. We have also asked the automaker if the bumper extends beyond the tailgate rear extreme and by how much. We’ll update this article when we get this answer.