Out with the old and in with the new.

Ford has committed to producing an electric pickup truck and we've seen prototypes in action, but the real truck hasn't debuted yet. However, with the recently revealed, all-new Ford F-150, we decided to render it into something more appropriate for an EV. The result is seen above and we wonder, will it look like this?

If not, then what do you imagine it looking like? We assume the conventional F-150 will lend many styling cues to the electric version, but will there be substantial tweaks or just small changes? 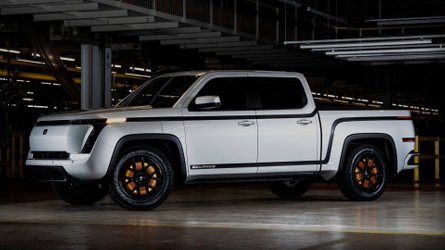 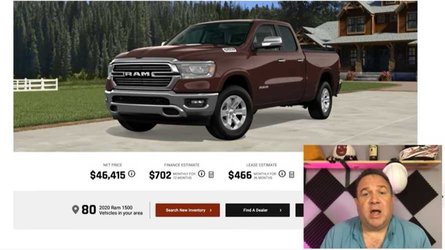 Why do we expect the electric version of the truck to closely resemble the conventional F-150? Well, Ford has stated that both trucks will be built at the same plant in Dearborn, Michigan and that a hybrid truck will join the mix too. Additionally, the prototypes we've seen in spy images (here) and in video form towing one million pounds (here) don't look all that different from the F-150 seen on the roads today.

Ford adds that the electric truck will be highly capable, with "size, strength and power," so we do expect it to closely resemble the F-150 in form and function.

"At Ford’s Dearborn manufacturing site, Ford will add 300 jobs and invest about $700 million to support production of new electrified variants of its F-150 truck, producing both a F-150 hybrid and fully electric F-150. Ford will also create a new operation in Dearborn here battery cells will be assembled into a battery pack for the F-150 hybrid and all-electric F-150."

"In 2020, Ford will debut the all-new F-150 and F-150 hybrid. The fully electric Ford F-150 is coming soon after and will be part of the company’s more than $11.5 billion global electrified vehicle investment. Dearborn Truck Plant will build these Ford F-150s, part of Ford F-Series, America’s best-selling truck for 42 straight years."

Our render depicts a Ford F-150 electric truck with some subtle styling changes. Most notable are the closed-off front grille (which now resembles the appearance of the Ford Mustang Mach-E), the badging changes and some other minor tweaks. It's nothing radical, but we don't expect a radical truck from Ford. If radical is what you desire, you'll find that in the Tesla Cybertruck.

Down below we've included a few galleries of the prototype Ford electric pickup trucks, as well as one of the Ford Mach-E for comparative purposes.

108 Photos
By: Eric Loveday
++
Got a tip for us? Email: tips@insideevs.com