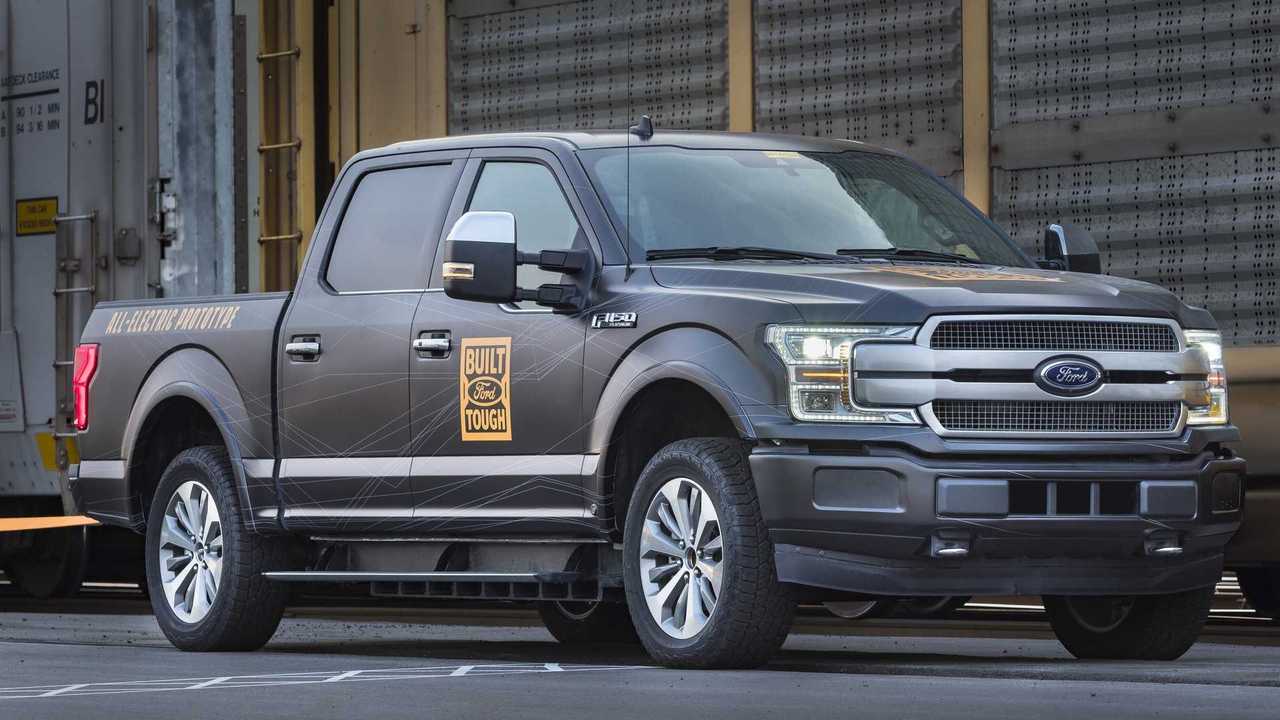 It seems the upcoming Ford F-150 EV will have "size, strength, and power,"

Ford has already made it abundantly clear that it's working on an all-electric variant of its top-selling pickup truck. While the American Big Three automaker has proven that the upcoming F-150 EV can tow over one million pounds, it hasn't divulged much more information about the variant.

In addition to the above, it's important to note that the F-150 Electric won't likely have a one-million-pound tow rating. Towing a train on tracks is much more forgiving than real-world towing.

Also, while it may be able to pull such loads in a test, it's widely understood that that weight won't ever be the "rated" capacity. Keep in mind, the Tesla Model X pulled a Boeing aircraft. Additionally, Tesla CEO Elon Musk initially said the Cybertruck would be able to tow 300,000 pounds, which could be potentially true, though during the reveal he admitted that it will be rated at 14,000.

Despite any of the above information, MotorTrend (MT) stumbled upon a recent patent application related to the upcoming F-150 EV. The publication looked at the patent and put together some compelling assumptions and related anaylsis. MotorTrend reported:

"The patent describes a method of integrating batteries into a body-on-frame platform."

"In Ford's application, crossmembers are mounted between the left and right frame rails. Those crossmembers provide distinct battery housings, and are additionally supported by a metal plate."

"Whereas in many EV chassis the battery pack is a single, large unit placed centrally between the axles, the crossmember approach allows the batteries to be placed in separate areas of the frame."

"Additionally, the conventional approach of placing a single, heavy battery pack in the floor can cause shear stresses on a vehicle structure. In Ford's patent, the crossmembers do more than simply house the batteries—they provide reinforcement to the frame rails, helping make the structure stronger."

"Ford indicates that a single motor could be mounted to the frame 'forward or rearward of the power storage units,' but the potential addition of a second drive motor opposite the first is mentioned numerous times."

While there's a whole lot more to consider here, and it's just a patent, MT notes that the Rivian R1T employs a body-on-frame "skateboard" chassis, but it's by way of a single solitary and confined battery pack, unlike the Ford patent's divided cross-member construction, which would prove to be truly unique if it can pull it off.

Follow the source link below to check out the original MotorTrend article for official patent images and more information.