After the latest update to the EPA energy consumption numbers for the 2020 Tesla Model S Long Range Plus, Tesla's flagship went up on our rank by five places to #7.

The result of 117 MPGe - 288 Wh/mi (179 Wh/km) not only allowed the Model S to achieve the record 402 miles (646.8 km) of range, but as it turns out, this huge and super-quick car is classified right behind the much smaller Chevrolet Bolt EV in terms of efficiency. The Bolt EV is still noticeably more efficient in city driving (it's main purpose) though. 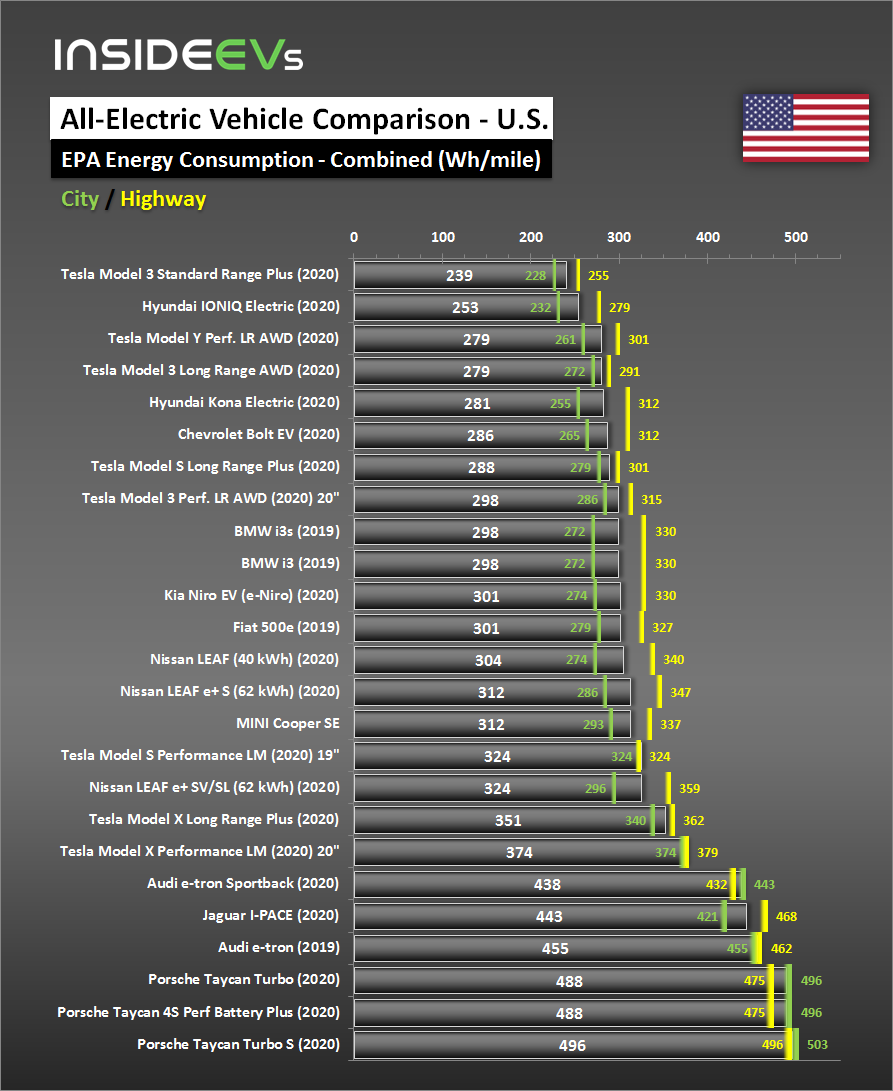 In the lower part of the table you can spot a newcomer - the Audi e-tron Sportback, rated at 438 Wh/mile. In the case of the e-tron Sportback, the result is better than e-tron SUV, but still far from the WLTP results and general expectations (which might be related to EPA/WLTP methodology).

The top electric cars (and basically cars of any kind) in terms of efficiency are Tesla Model 3, and Hyundai IONIQ Electric as well as Tesla Model Y, although there is still no EPA rating for the Long Range AWD version of the Y (which should be way more efficient than the Performance version, classified at #3).

We are eager to see the new EVs on the rank soon, including the Polestar 2 and Ford Mustang Mach-E, as they might give Tesla some more competition than Audi, Jaguar and Porsche did - at least under EPA methodology.