Tesla Owner Can’t Wait For the i4, Puts BMW Grille On Model 3 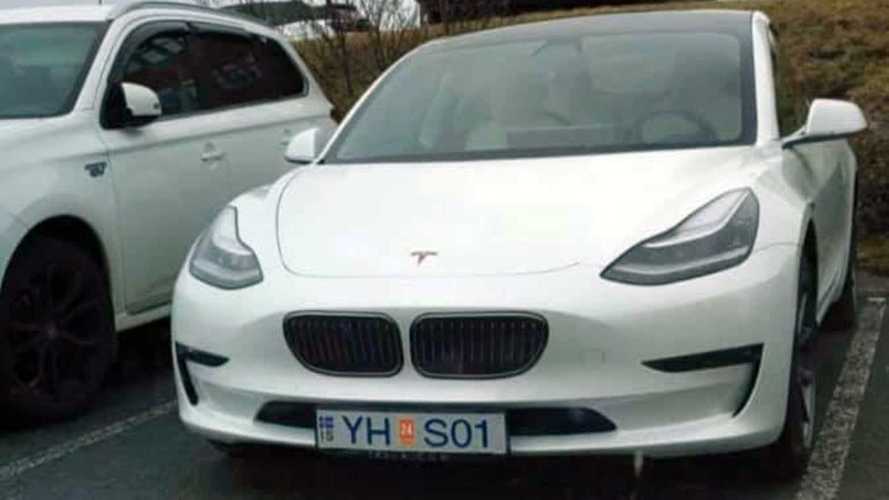 Although he quite obviously is against BMW’s huge grille trend because the one he went for is restrained by modern Bimmer standards.

Tesla has rightfully gained many fans in the just over a decade that it’s been making cars, but it has to be said not all Tesla fans are geeky car guys or keen drivers - they are tech aficionados more often than not. Now we don’t know which category this Model 3 owner fits into, but he is not your typical Tesla owner - he quite obviously wanted a BMW i4, but probably couldn’t wait for that car to come out.

Listen To This Tesla Model 3 With An Exhaust System That Goes Vroom, Vroom

Tesla Model 3 Steering Wheel Falls Off While Driving: Will Car Fall Apart Too?

So what did he do? Well, the only thing you can do, really - he put a BMW grille on the front of his while Model 3. Based on the shape, it looks like it’s off a 2 Series coupe, and even if it doesn’t fit the outline of the car’s front, at least it’s not one of BMW’s massive new grilles that everybody just seems to hate.

We can’t quite tell if the owner just glued them onto the front of his Model 3, or if he cut actual holes to actually let air pass through. The latter scenario would obviously make this even more of a ridiculous modification, but most likely no cutting of any kind was involved.