We can also estimate the Model Y sales.

By the way of presenting the market potential for the Model Y, Tesla unknowingly revealed also the sales results for the Model 3 in the U.S. market.

We say unknowingly because obviously the company has the data, but doesn't want to report it to the public. Frankly, many other manufacturers also don't want to do it. 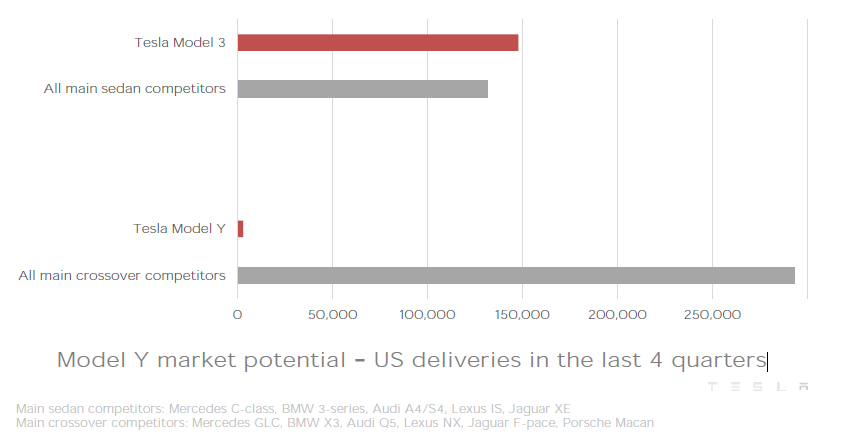 Tesla Shows How High Model Y Market Potential Might Be

Taking into consideration previous data released by Tesla as well as other sources and IEVs' estimations, we assume that the U.S. sales of the Model 3 amounted in Q1 to about 18,000 (20% down year-over-year).

We are not sure, but it might actually be less than that. Anyway, it's not bad at all.

Tesla also wrote that "We were able to build more Model Y vehicles in its first quarter of production than in the first two quarters of Model 3 in 2017." This means the production for sure was above 2,685.