The cast parts show Tesla considered an air suspension for the Model Y.

Sandy Munro has probably not covered so many different secrets in the Tesla Model Y since he started its teardown videos. This one has things as diverse as castings and Teslaract. Secrets like an air suspension that never was – until now – and welding splashes. If you did not get everything, don’t worry. We’ll tell you about each of these things below.

The most important one is the castings. Some said there was nothing revolutionary about then, but Sandy Munro states no one uses such significant parts in the industry. He also mentions Elon Musk promised to make them even more prominent in the future by joining the two halves that the Mode Y currently has in a single process.

Tesla Model Y Battery Pack Is Different From Model 3: Check Out How It Differs
⠀

The engineer seems pretty satisfied with the casting quality and its solutions, such as a niche in which the springs fit correctly or the protective recesses it has for the brake lines. He also mentions something exciting the cast parts reveal. 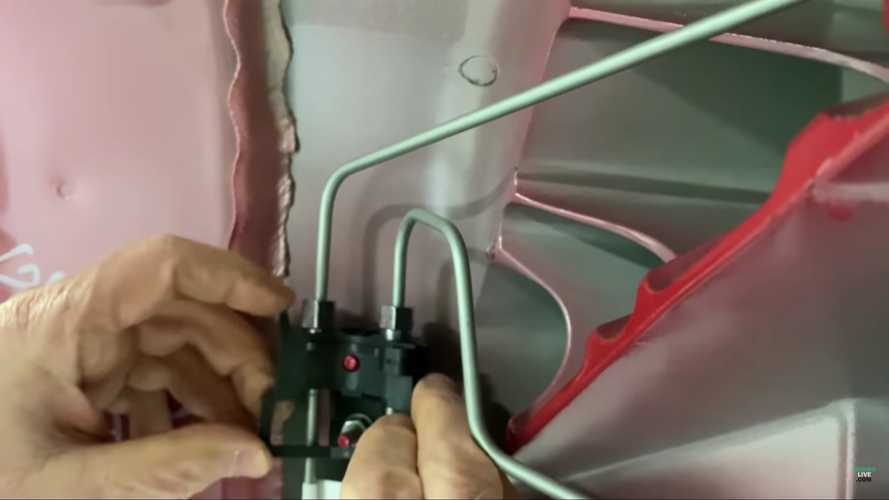 They have some structures that were meant to support an air reservoir of some sort. That is something necessary for an air suspension. In other words, the Model Y will probably get one someday in the future. If it does not, at least it was conceived to be able to offer it.

Underneath the Model Y, Munro also finds the same aluminum extrusions the Model 3 presents and something that he politely puts as “something they should have a look.” He refers to welding splashes. They look like metal whiskers, and the car was definitely not supposed to present them.

The last surprise is what Munro jokingly calls the Teslaract: a foam square that is installed behind the subwoofers of the car to prevent drumming on the quarter panels. It looks very much like the Tesseract of the Marvel universe, hence the joke. You probably did not know a foam cube could have so much power… Munro will put one of them for sale, in case you are considering a souvenir.

What did you think about all these revelations? Did you expect to see the Teslaract or the welding splashes? Watch the video and share your comments with us below.