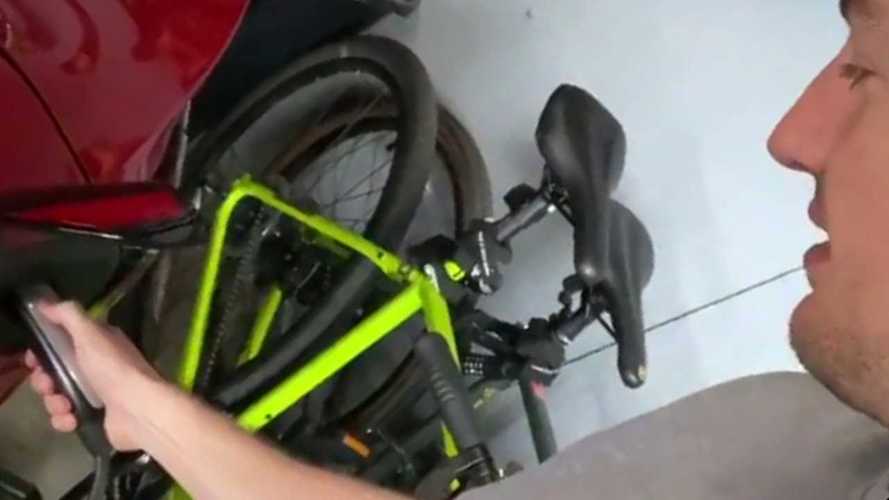 He has to open a door before unlocking the cable. Happy now, club members?

On February 8, 2020, JP Sears made fun of Tesla fans in something Chris Harris called “the club.” Rich Benoit keeps making fun of what he calls “Tesla Hive.” Incredibly, the hive seems to turn against anyone that decides to tell the truth about bad aspects in any Tesla. Andy Slye dared to shoot a video with 14 things he hated about his Model 3. One of them was that the charging cable didn’t automatically unlock. After being challenged to prove that, he posted a video on Twitter that does precisely that.

As Slye shows, it does not matter how much time he holds the unlock button. The only solution for the car to let the cable go is unlocking one of the doors, as you can see below.

The first thing that strikes us is the change in language. Did you notice Slye uses “hate” in the original video on YouTube and rephrases that for “dislike” on Twitter? Why doesn’t he have the right to hate something about his car? Just because it is a Tesla? His need to take that precaution is evident.

Is Tesla Sparing Model 3s From Its Unsupported Vehicle Policy?
⠀

The second aspect of this video that is worth mentioning is the fact that he had to make another video to show how what he said about his Model 3 was true. Why would he make up something about his EV? Just to have video material?

Slye has a technology channel on YouTube, but most of his videos are about Tesla. His most popular videos are about the EV manufacturer and its products. People probably accused him of FUD before he went to Twitter, but why would he want to damage the reputation of a company he seems to love? Isn’t it more likely that he was just making fair criticism on things Tesla can improve?

We have no idea if Tesla set the charging cable like this on purpose, but it gives us the idea that the driver can enter the car and get going with the cord still connected. There is probably something to prevent that, but why can’t the cable unlock by itself? Is it to prevent someone that is not the car owner to unlock it? Doesn’t the cable recognize the phone in his pocket as much as the car?

We are only certain about one thing: this urge in defending Tesla from any criticism, even fair one, will eventually backfire. If not on a personal level, this cult-like attitude may make the company believe it can do whatever it wants without any need for accountability. Perhaps it already does.