What Do The Body Shells Of Ford Mach-E And Tesla Model Y Tell Us? 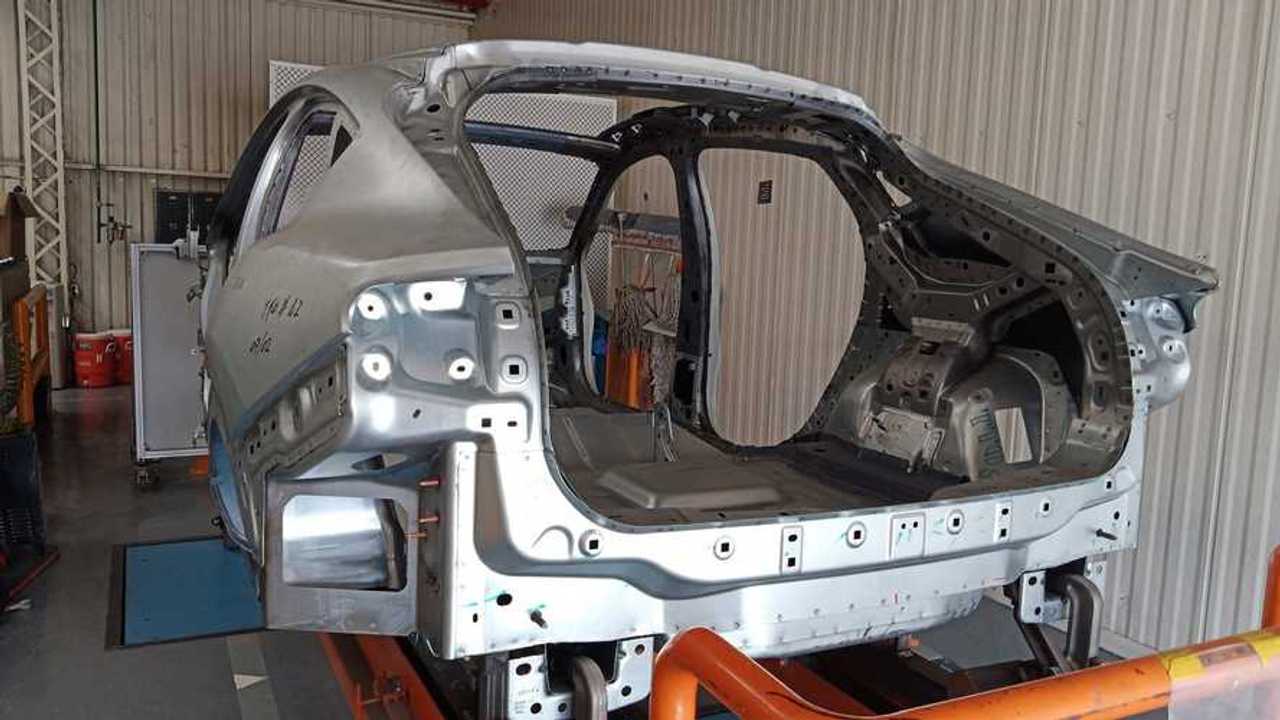 The silent burden of legacy is pretty evident when you compare both bodies-in-white.

We have probably never spoken so much about the manufacturing methods of a vehicle as we did with the Tesla Model Y. Not even the Cybertruck deserved so much attention so far, even if that is prone to improve. Elon Musk promised the Model Y would have “advanced manufacturing methods” and its body shell images confirmed that. Suddenly, images of the Ford Mustang Mach-E's body shell emerged on a forum and they revealed nothing much. Ironically, that is quite a statement about legacy burdens.

Being in its infancy, Tesla has not made investments on a lot of steel stamping machines like Ford. It can afford to develop something entirely new and follow first principles, as Elon Musk recently told a follower on Twitter.

The Mach-E body does not present any signs of revolutionary building methods. If we did not know it will be for an electric vehicle, it would look quite ordinary. All visible parts seem to be made from stamped steel. The front can structure can even look like a regular engine bay.

As you probably already know, the Model Y will have massive cast parts and it presented them in official images from the body-in-white. Specialists analyzed these images for InsideEVs and they shared the technical challenges they represent.

The Mach-E pictures were taken at the Cuautitlán Stamping and Assembly Plant, a factory that was established in 1964 in Mexico. The Mustang Mach-E will be initially produced only there at an annual pace of 50,000 units due to battery availability, which is another major difference.

While Ford will have to rely on a supplier – LG Chem – to get its cells, Tesla will probably start manufacturing them by itself. This is why it has acquired Maxwell and Hibar Systems. In February, Tesla was even hiring manufacturing specialists there. Fans and analysts expect to hear more about that on the Tesla Battery Day.

Another major breakthrough expected to be seen on the Model Y will be the smallest amount of wiring harnesses ever in a modern production car. We have not heard about anything similar to that on the Mach-E.

Ford probably hopes to turn the legacy burdens into a competitive advantage, with proven methods to reach affordable prices. Some car buyers already said they prefer this, as well as the dealership model, to what Tesla offers.

The American EV-only manufacturer has to prove these innovations make sense. If they do, legacy automakers will have to throw their legacies out of the window and look for competitive first principles in a rush.