The Lexus driver not only brake checks the Tesla, but it also swerves to cut it off several times.

This TeslaCam video captures an erratic Lexus SUV that purposely cuts off a Tesla at least three times and brake checks it on numerous occasions. The driver of the Lexus is clearly intent on driving dangerously and seems out to get the Tesla for some unknown reason. This is what we call road rage and in this instance, it's taken to the extreme. 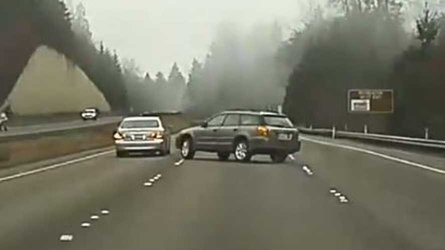 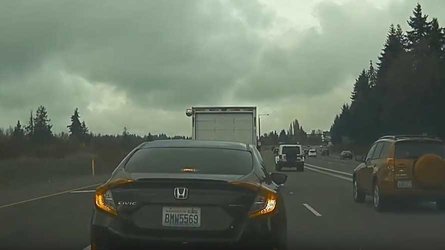 All that we really know about the events captured in this TeslaCam video is that they occurred near Washington, D.C. and that a Lexus SUV is the vehicle that repeatedly cuts off the Tesla and brake checks it.

We don't know which Tesla model is being attacked here, nor do we know if anything was done prior to evoke this sort of reaction from the driver of the Lexus. Regardless, the stunts pulled by the driver in the Lexus are highly dangerous, even more so when you consider that it's being done on a busy highway.

If you're ever in a situation such as this, the best move would be to simply back off. Let the road-raging driver do his/her thing and move on. Don't attempt a pass. It's not worth the risk

Grab a look at the video and let us know in comments your take on the situation.