The wreck was serious, but the driver of the Model 3 escaped unharmed.

A Tesla Model 3 loses control due to icy road conditions. As the car slides sideways, a pickup truck smashes right into it. The crash was violent, but the safety of the Tesla saved the day. The driver of the Model 3 was able to walk away without any injuries.

The video presents us with a slowed-down version of the footage and then a replay of the incident at normal speed. Though, to us, even the normal speed footage seems a bit slow. 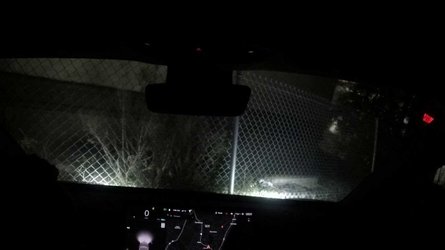 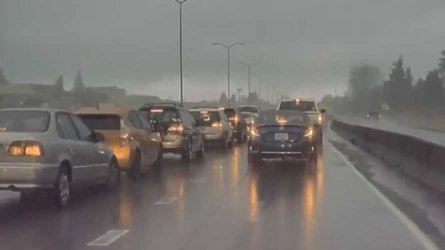 At the end of the video, we see the damage done to both the truck and the Model 3. You can see that the driver's door of the Model 3 took the brunt of the impact. The truck appears quite damaged too, but it hit the Model 3 with its front bumper, so it survived the crash with less damage. There's no word on if anyone in the truck was injured, but the driver of the Model 3 reportedly walked away from this crash without injury.

When driving in icy conditions, always drive slowly. If possible, it's advisable to simply avoid driving when the roadways may be iced over. Car tires aren't really designed for ice (unless they're studded) and it's far too easy to lose control, as you can clearly see in this video.

Fortunately, the driver walked away safe and sound. Thanks to the excellent safety ratings of the Tesla Model 3.