The petition asks for that to happen, even if its author is not fully aware of that.

You have been flooded with articles that Tesla is under investigation by NHTSA due to unintended acceleration cases these days. More than 500,000 cars would be under scrutiny. It is a shame few media outlets were able to report the truth about this. What NHTSA informed was that it received a petition to investigate unintended acceleration. The agency has yet to decide if that will be the case or not.

Gallery: Check The Images Of The Tesla Model S Crash In Memphis

We have already told you about NHTSA investigation petitions. The attorney Edward C. Chen has sent one to the agency on September 17, 2019. NHTSA decided to accept that request 38 days later. In other words, to carry on the investigation. That procedure will decide if Tesla should perform a recall or not.

This time, we are just in the first step of the process. In other words, NHTSA informed it received a petition from Brian Sparks on September 30, 2019, to investigate SUA – Sudden Unintended Acceleration. We asked to see the petition, and that led us to our first question: who is he or she? Why the concern? 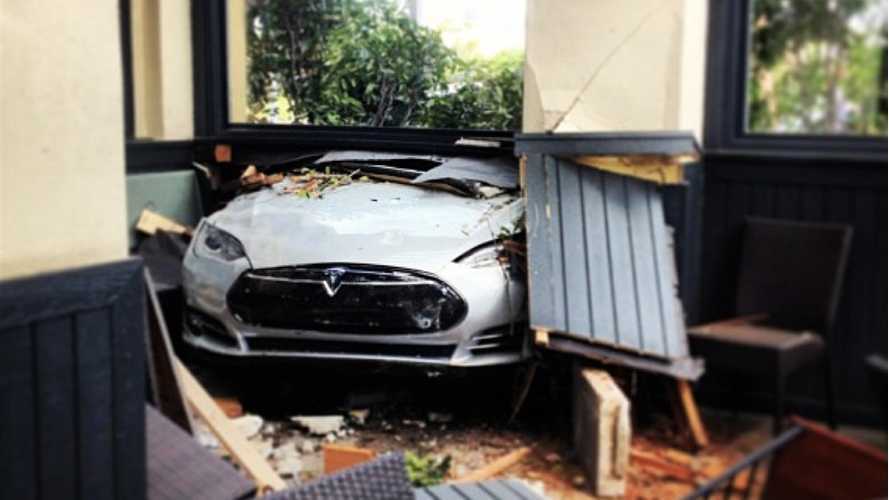 Looking for this person on Facebook, we have found more than 60 profiles – men and women – with the same name. We tried to narrow the research with the only info we have on this person: name and location (Berkeley, CA). The person that emerges more often is a protester that defines himself in Twitter like this: “climate justice + democratic socialism.”

On the White Pages website, there is only one Brian Sparks in Berkeley. Is it the protester? We are not sure. Is he an attorney? Not in Berkeley: there is no Brian Sparks registered at the State Bar of California. Considering what he reports there, he is not a Tesla owner. If this person is not directly involved nor an attorney to someone that is, what is in there for him or her? We will only know if this person decides to get in touch to explain the reasons for the petition.

It would be only fair. Sparks makes references to many InsideEVs articles in his petition. It starts the “Media Reports of Tesla SUA Incidents,” on page 4, with an article that dates from April 1st, 2013 – no kidding. The article starts like this:

“Unintended acceleration?  We think not, but that's what a 71-year-old Tesla Model S driver blames for the carnage seen here.”

A little further, on page 6, Sparks quotes InsideEVs again. The petition makes reference to a Tesla Model 3 that made a video of the allegedly unintended acceleration episode. Recheck the video:

That article probably brings one of the last contacts we had with Tesla. At the time, the company said “that in every case they've investigated thus far, where a driver says the car accelerated on its own, they've found that not to be the case.”

“In fact, the cars have always acted as they are supposed to, and if there was any sudden acceleration, it was attributed to something pushing on the pedal (likely a human foot.) The pedals have sensors, which can assure that this is the case. Chances are, as in all previous cases, this occurred due to driver error.”

Sparks puts that in evidence for not believing Tesla. Check what the petition author says about that:

“I believe Tesla vehicles have a structural flaw which puts their drivers and the public at risk. I further believe Tesla must know of this flaw and be unresponsive to it. As this petition will show, many of the reports to NHTSA indicate that the driver has engaged with Tesla following their SUA event, and that Tesla refuses to share data with the owners of the vehicles in question. It is clear that Tesla has the data and is aware of the problem. This petition will show that, based on publicly available information, it appears Tesla vehicles have a Sudden Unintended Acceleration Problem and Tesla must know about this problem.”

That is something Chen also says in his petition about the updates that restricted range and supercharging speeding in older Teslas. The difference is that the attorney clearly names a cause for the problem, while Sparks’ petition is just a collection of cases that he chose to classify as SUA.

Some situations clearly point to driver error, such as a car that stopped at the red light and suddenly started to accelerate backward. That would include not only the acceleration but also engaging reverse. Who would do so in red light? It may be a defect, but the circumstances suggest otherwise.

Anyway, Sparks’ selection clearly shows a standard: most unintended acceleration incidents happened after the driver hit the brakes. It is as if the car had a problem identifying the correct input. People also complained about the issue when making a turn. Both situations that Visanji T. Gala described to us with his Tesla Model S back in November. He shot the main video in this article.

Tesla supporters made fun of Gala’s allegations, something we warned him that would happen. Anyway, he decided to share his story and to file a complaint at NHTSA because he was very sure he did everything right. Sparks included his case to his initial petition in an addendum made on December 19, 2019.

We contacted Gala to see if he knew about the petition and he said this:

“I received a letter from NHSA asking me to look over the information I provided over the phone right after the accident.”

We asked him to be more specific and will write another article about this soon. Not only with what he meant but hopefully also with Spark’s side of the story. We also need the words of people that were affected by this problem. Should they wish to let us know more about what happened to them, we’re all ears.

Needless to say, Tesla is more than invited to clarify things. That needs a complete explanation, and knowing how the accelerator and brakes work on its cars is crucial.

We know most accelerator pedals today activate a potentiometer, and that is undoubtedly the case with Teslas. But what about the brakes? Are they mechanically connected to the hydraulic system in Teslas, or is it also a “by-wire” device? Is there any chance that this device interferes with the accelerator pedal’s potentiometer?

Regarding the data on the accidents, Tesla needs to be more transparent about them. It is excellent the company can have access to the information about accidents as soon as they happen, but it needs to accept auditing by third parties.

The brake and accelerator sensors tell the company all these SUA cases are the drivers’ fault, but what do these sensors check? The pedal position or what the potentiometer tells it? Mind you, these are different things. While the pedal can be untouched, the potentiometer can present a malfunction – or a short circuit of some sort – that says someone pressed the pedal. Did they?

Tesla could clarify that, but it is no longer enough that it is the only one able to do so. As a matter of fact, it never was: the company cannot prove it is innocent by merely saying it is. Other people and technicians must be able to do the same.

Both the battery update petition and this one reveal that people do not take Tesla’s word for granted anymore – if they ever did. Were it more transparent, and they probably would.

Sparks makes the following conclusion to his petition:

“Tesla vehicles experience unintended acceleration at rates far exceeding other cars on the road. The volume of complaints in the NHTSA database indicates a severe and systemic malfunction within Tesla vehicles. Because Tesla has exclusive access to all Tesla vehicle data, Tesla must know of this defect.

I hereby petition the NHTSA to investigate sudden unintended acceleration in Tesla vehicles initiate a full recall of these vehicles. If NHTSA finds evidence of a systemic problem within Tesla vehicles relating to Sudden Unintended Acceleration, I further petition the NHTSA to NHTSA determine when Tesla became aware of this defect in their vehicles.”

Whoever this person is, he or she is probably not aware of the next steps the petition will have. If NHTSA accepts it, it will start the investigation. If it reveals problems, it will require Tesla to make a recall. If Tesla refuses to do it, NHTSA will go to court to make it happen. In other words, there is still a long way to have any recall. Investigating if it is necessary or not is the first one. And we have not even reached that point yet.